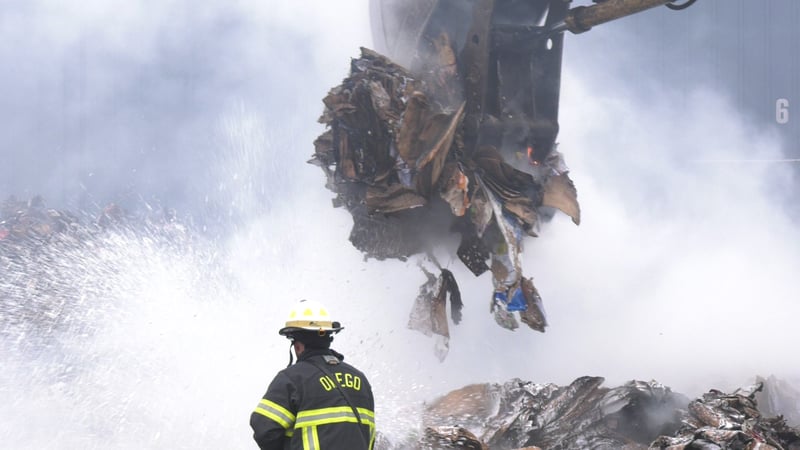 Various fire crews were still putting out the fire at the Taylor Garbage Service Facility through the afternoon on Saturday.

A small emergency service crew watched the fire overnight so it did not grow. Early Saturday morning, multiple crews got back to work with construction equipment to take down the walls of the recycling facility to get to the base of the fire.

"Once we've pulled some of the debris out of the building, we're bringing it over there (to the side of the building) and the crews over there are actually wetting it down to put the fire out," said Apalachin Fire Chief Mike George.

Taylor Garbage Service posted on Facebook that they apologize for any delays.

The cause of the fire is still unknown.

Fox 40 received reports of a fire at a Taylor Garbage Service Facility located at 5730 Route 434 in Apalachin that began around 5pm.

Someone driving by the building called and reported flames coming out of the front. Dozens of agencies and over 100 firefighters from Broome and Tioga Counties responded to the building fire.

The fire began in the center of the bottom floor of the building when recycling rubbish caught fire and flames quickly spread to the structure. The facility is more than likely a total loss.

There were no injuries.