Wings Of The Week: Spotlight 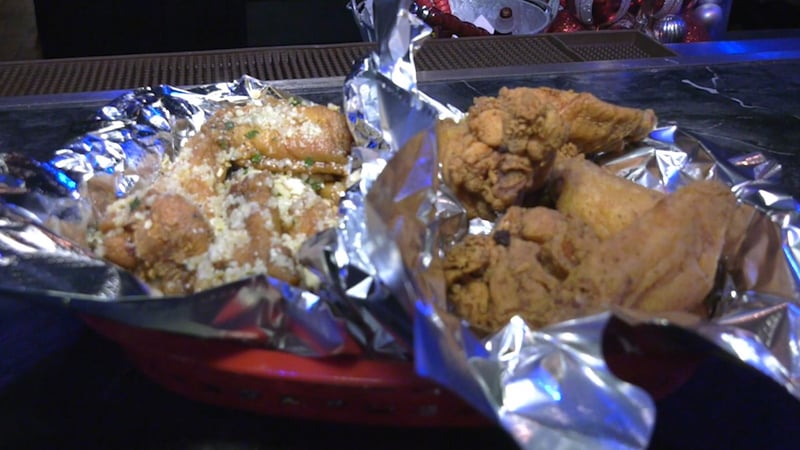 The chicken wings at Muffer's Soul Food Kitchen in Spotlight don't have a chance to escape the fryer without some Southern flair.

Owner Damien Cornwell says every piece of chicken is fried as it would've been if you were a kid growing up in his family.

“Most of the wings I see are never breaded and just put in plain, which was something kinda foreign to us growing up," said Cornwell.

Growing up, Cornwell was used to the 70-year-old recipe that his grandmother, whose nickname was Muffer, created.

A Southern lady from Bessemer, Alabama, she brought a taste of the South with her when she came up in the 30s.

“They’d given us so much love and so much affection, and so much care, and culture when we grew up when they went home and passed, we decided we would do something and honor them,” said Cornwell.

Expanding to the larger location on Court Street three years ago, Cornwell combined his love for soul food and culture by opening an event venue.

"Something we were kind of always into as a family is a setting where people can celebrate the things they love the most, typically food and music," said Cornwell.

Cornwell's sister was responsible for gathering most of Muffer's classic recipes, so even though Muffer's not here, she's still making sure customers are fed as well as she fed her family.

Spotlight has wing nights from 4 p.m. to 7 p.m. on Fridays, and also delivers during major basketball and football games.