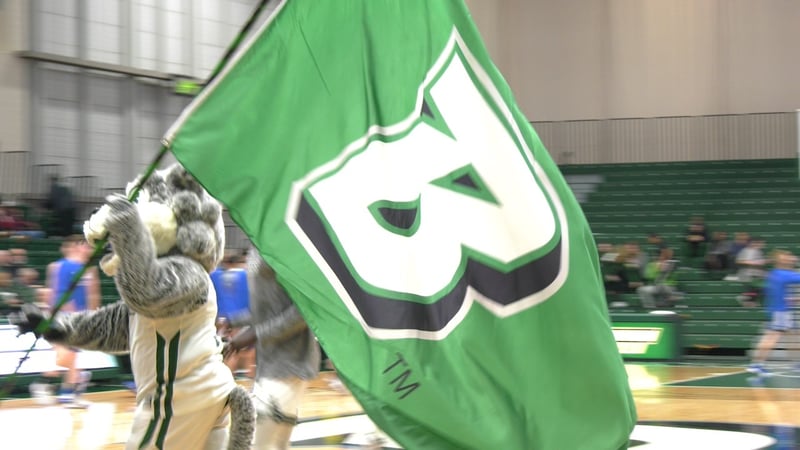 In the team's final non-conference game before America East play begins, BU put four in double figures and hit 14-of-30 3-pointers. The Bearcats stretched a 36-21 halftime lead with 54 percent shooting in the second half and converted 16-of-22 free throws after the Division III Hawks got into early foul trouble.

Mills scored 16 of his season-high 23 points in the first half and Petcash countered with 18 of his season-high 25 points in the second half. Petcash drilled 5-of-9 from beyond the arc and added nine rebounds and three blocks in 27 minutes. Sophomore guard Sam Sessoms collected 15 points, a team-high six assists and a career-high six steals. Senior Richard Caldwell, Jr. added 10 points and seven boards. Sophomore guard Leo Gallagher made 3-of-4 from 3-point range for a career-high nine points. Gallagher also added a career-best five assists.

The game was tied at 17-17 with seven minutes remaining in the first half before Mills and BU began to heat up. The Bearcats ended the half on a 19-4 run and held Hartwick to just 22 percent shooting (8-of-37).

In the second half, Hartwick brought it back to eight points, 42-34, with 14 minutes left. But BU then rolled out a punishing 30-4 run that featured 10 points from Petcash and nine from Sessoms.

A year after canning 15 3-pointers to keep it close against the Bearcats, Hartwick hit just 5-of-31 long-distance shots on Sunday.

Binghamton now turns its attention to conference play when Albany comes to town for the Jan. 4 America East opener.