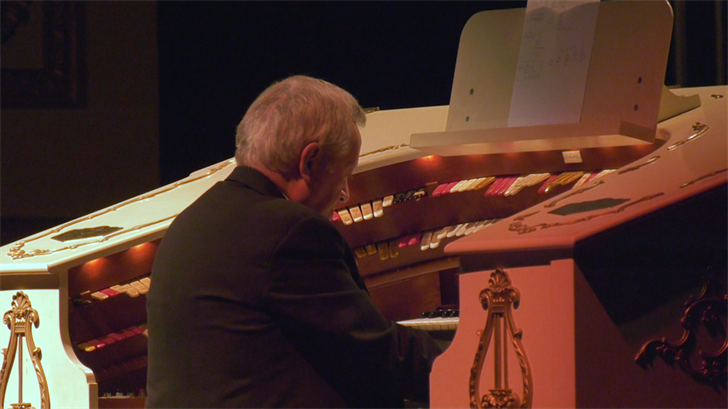 Organist Jim Ford held his last performance bringing a silent film to life for his last time at the Forum Theater on Sunday afternoon.

Playing the organ for 40 years and performing for silent films for 9 years, Ford is retiring from the Binghamton Theater Organ Society (BTOS).

"I have now done every silent film that I have ever wanted to accompany so I am hanging it up," said Ford.

Ford kept an eye on the screen playing "Safety Last!" while improvising the sounds made on the organ, after watching the film multiple times and taking notes.

"Having a guy like Jim Ford who is a master theater organist is like God's gift to the Theatre Organ Society," said BTOS President John Demaree.

Demaree says the organ is one of 300 in the world that is still playable. It was created in 1926 and traveled around Michigan, eventually brought to Binghamton, and restored after thousands of pieces of the organ were put together to be placed in The Forum where it is now.

The next silent film performance by BTOS is Sunday, February 23.