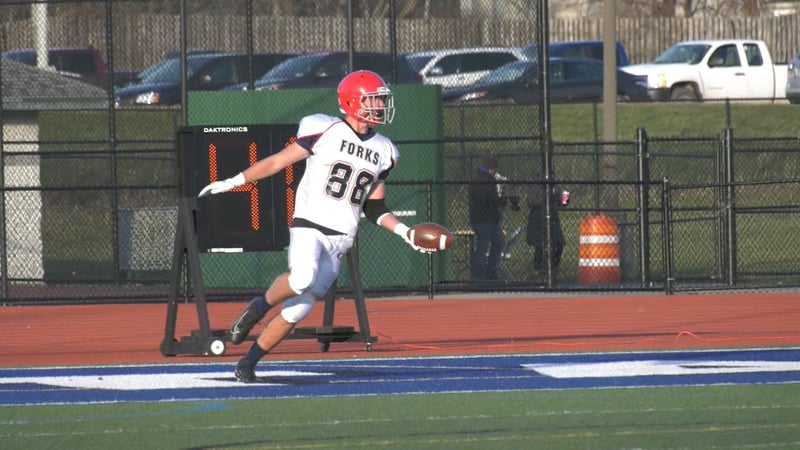 Chenango Forks senior Matt Paske signed his National Letter of Intent to play football at Division 1 Colgate University. The Blue Devils tight end and defensive end was part of this year's team that won the Class B State Title. He hauled in a school record 92 yard touchdown reception in their semi-final win, was named All-Division twice and was selected to the Elite 24 team today. Paske also has family ties at Colgate with multiple relatives going there including his grandpa John who played and coaches for the Raiders. Paske says the family connection to the school definitely played a role in his decision.

"The feeling that i got when I was there," said Paske. "The coaches are all very welcoming. The players were some of the nicest people I ever met in my life. It's a great academic school it will set me up very well in life."

Paske is also a standout on the Blue Devils basketball and track and field teams. He says he is deciding between majoring in Geology or Economics.