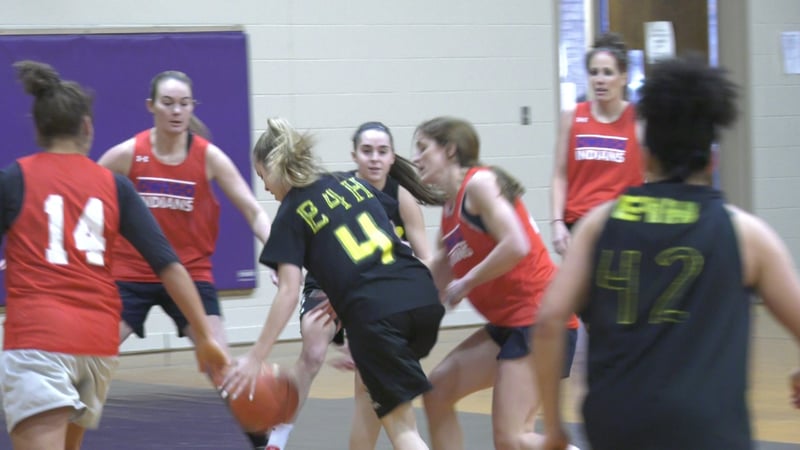 The Binghamton Bulldogs hosted the first Hoops for Harper Holiday Basketball Tournament today at St.Mary's Rec Center in Binghamton. The event was created to honor Binghamton High School student Harper Stantz who was hit and killed by a driver under the influence of drugs in March. 6 Men's teams and 3 Women's teams participated in the tournament. Funds raised from the event benefit the Harper M Stantz Memorial Scholarship fund which provides college scholarships for Binghamton High School seniors. Bulldogs Owner Jimmy Evans says it's important the community keeps Harper's memory alive.

"I've known Marty (Stantz) for a long time and I just really wanted to connect with the family and do whatever we can to keep Harper's name and spirit alive and host a nice community event," says Evans.

"It's been 9 months since Harper was taken from us. Since that time there's been countless beautiful acts from the community in support, so much love has been shown to us," says Harper's Father Marty Stantz. "When Jimmy reached out a couple weeks back and decided he wanted to name this tournament in honor of Harper we were so pleased and proud that people were taking the time to do such beautiful wonderful things for Harper and keeping her memory strong."

Evans says it will be an annual event. He says they put together this year's event in about 4 months so he's excited to see the growth it can have with a full year of planning.