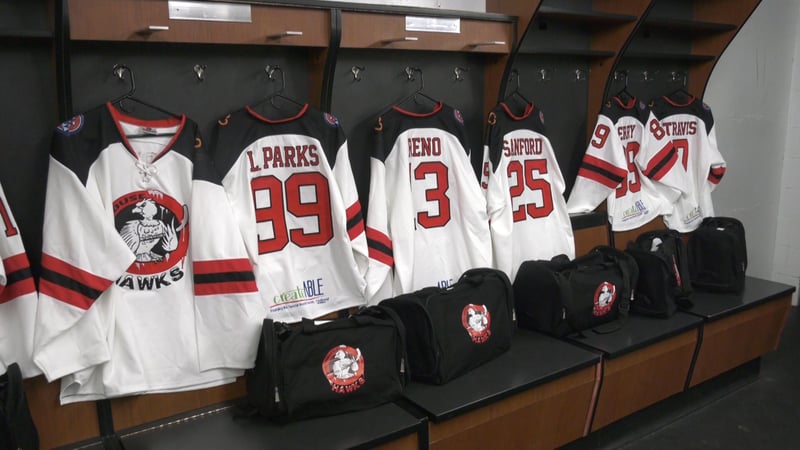 The Ice house Hawks a local special needs hockey team was presented with brand new jerseys thanks to a partnership between the American Special Hockey Association and the Binghamton Devils. Each of the 28 players on the team received a new jersey and sweatshirt with their names on the back along with an Ice House Hawks bag. ASHA Executive Director Jennifer O'Brien says it's days like today that show the true impact the sport of hockey can have.

"Hockey is for all and hockey is for everyone. Those are sayings we hear throughout the industry all the time," says O'Brien. "But it's really something that when you're on the ice there is no boundary or disability everyone is able and the sport is fully accessible. Whether it's a peer, a coach or player everybody is on the same team. Having the jerseys where everybody looks like they're on the same team and part of that team that really gets them involved and excited about being teammates."

After being presented with their new jerseys the team got to practice with some members of the Binghamton Devils.