Vestal, Chenango Forks Win Big This Week on the Ice 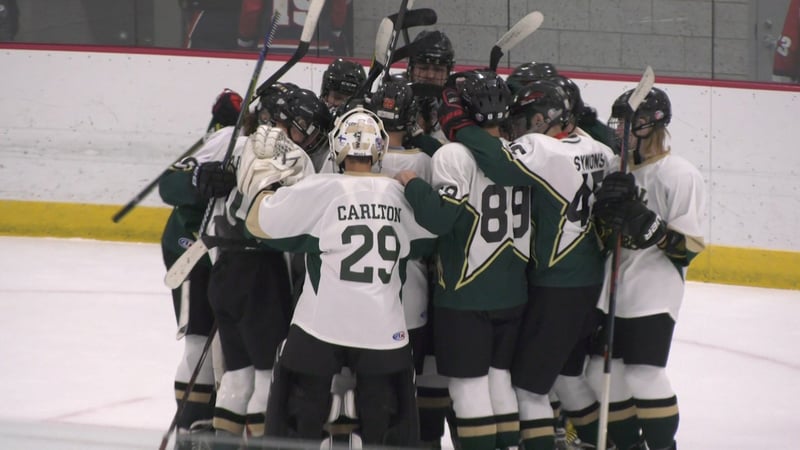 Back-and-forth does not even begin to define how Sunday's Vestal/Maine-Endwell game went. Vestal was up for a majority of the first two periods, the Spartans then scored two unanswered goals took a 2-1 lead, thanks to Juniors Jon Morgan and Curtis Robitaille.

In the final minutes of regulation, Sophomore Maverick Rudolph scored an equalizer to send the game into a shootout to decide the winner. After 13 nail-biting rounds, Vestal came out on top two goals to one, and won with a final official score of 3-2.

The biggest story line of this game, comes in the form of Vestal Senior Goalie Lindsay Jurgensen, who prior to overtime stopped an amazing 27 shots on goal, and another 12 in the sudden-death shootout.

A struggling Blue Devils team came out on top over a quick, highly skilled Elmira/Horseheads team 5-3 on Sunday.

Another game that had a lot of back-and-forth tendencies with scoring throughout majority of this game, as the lead would change a total of four times, ultimately leading to a victory for Chenango Forks.

Both Vestal and Chenango Forks will be taking on the first place Binghamton Patriots next week on 12/13 and 12/14, respectively.