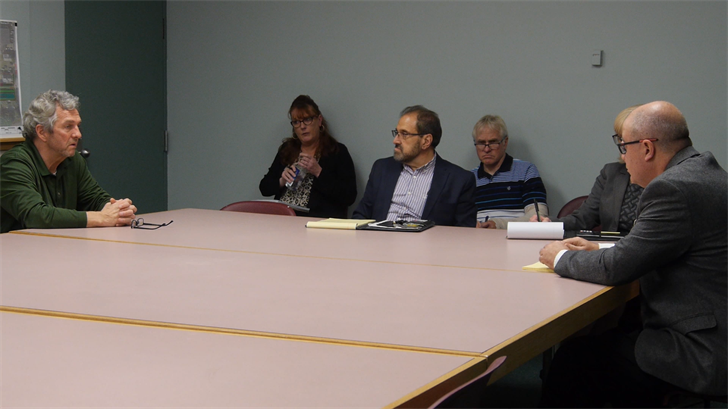 Members of the special audit committee for the City of Binghamton Local Development Corporation (BLDC) voted on a motion to add more oversight of BLDC funds. This comes one week after the firing of the city's Economic Development Director over an unauthorized money transfer.

Long-time city employee Robert Murphy's termination was announced in a press release from Mayor Rich David's office. That was sent to media outlets at 4:36 p.m. the night before Thanksgiving. According to David, Murphy made an unauthorized transfer of funds into and then out of a BLDC account.

David says no BLDC money was involved in the transfer, the money passed through the account was from a private citizen, a relative of Murphy's, which was passed on to a local business to fund their payroll. Even though no city money was involved in the process, David says "this co-mingling of funds was an unacceptable financial practice" and that "the action represents a clear conflict of interest." The name of the business has not been divulged.

This transaction was discovered after a routine audit of the BLDC.

Fox 40 has tried to reach Murphy at his private law practice, but an automated voice picks up to say the number has been disconnected.

At Wednesday's special meeting, BLDC board members and the city's comptroller voted on a set of initiatives to improve oversight of BLDC funds. The motion will then be presented to the full BLDC board who will vote on whether or not to pass those initiatives. They include moving accounting out of the Economic Development Office and into the Comptroller's Finance Office.

"We would do all the financial accounting and supply the reports each month to the board," says Chuck Shager, the city's Comptroller, "That doesn't change the way we're going to do things down there. They take care of getting the bills, collecting the receivables, all that stuff that stays up there, but we'll get a little bit of separation of duties."

Another measure passed in this meeting by unanimous vote is adding both the Comptroller and Assistant Comptroller to all BLDC bank accounts so they can view and oversee transactions.