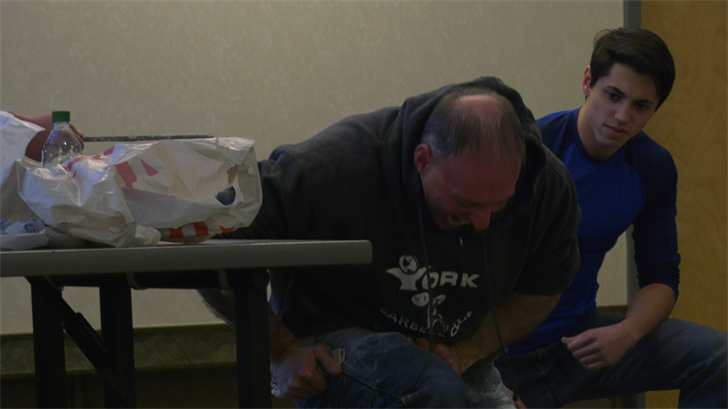 A Guinness World Record was broken at Binghamton University!

Back in summer 2018, he broke the record for tearing the most license plates in one minute, by ripping through 23 plates.

Clark held the event in order to help students deal with stress ahead of finals.

He told stories of how he dealt with stress while lifting weights on the world championship level.

Students gathered to see him break the record for bending the most steel spikes in under a minute.

Clark bent 7 spikes, crushing the previous record of 4, but his main focus was to help raise money for the Bear Necessities Food Pantry.

Clark says: "At this stage of my career, any record I make is very secondary to inspiration. And that's really my goal, is to spread, get people motivated to spread goodwill. Not just this time of the season, but at every time throughout the year. "

The event was part of Stress-Free Bing, a campus-wide program aiming to keep things light while students prep for finals.

The bent spikes have been sealed and sent to Guinness to confirm that the record was broken.