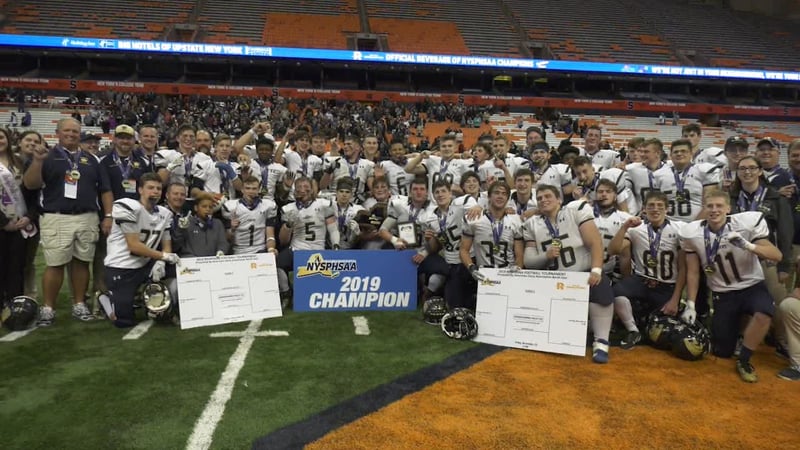 The Susquehanna Valley Sabers shutout the Gouverneur Wildcats 22-0 to claim their second straight New York State Class C Championship. The Sabers scored on their first possession of the game and led every second from there. SV has now won 26 straight games dating back to the beginning of the 2018 season. Players and coaches were asked about what it felt like to go back to back.

"I think it's better. It's hard to go back to back when you lose a lot of seniors," says Junior Runningback Logan Haskell. "We had a lot of doubters this year and we proved them all wrong."

"I don't think there's any difference I think they're both equally as enjoyable," says SV Head Coach Mike Ford. "This year it was nice to have the opportunity to come back you never know if you're going to have that. So I'm relishing it and looking around a little bit more and making sure I'm taking it all in."

Congrats to the Sabers on another title!