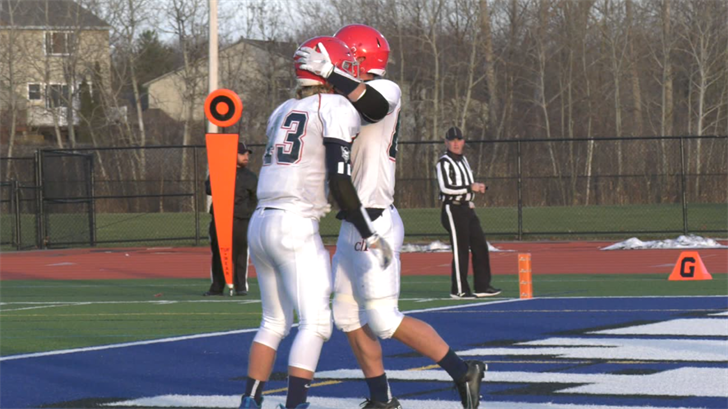 After a slow start in the first half, Chenango Forks came out on top over WNY Maritime Charter/Health Science High School, in the Class-B Semi-Final 41-20.

An interesting storyline from this game is that this was only the 20th game for WNYMCHS, as they only formed a team last season. After a 2-8 inaugural season for the Falcons, they made it all the way to the State Semi-Final Matchup this season, proving that they are a team to look out for.

Despite playing some well-rounded football early on, the Blue Devils are no stranger to the pressures of playoff football and did not crack under it.

Lucas Scott played how you would expect him to play for Chenango Forks, but the Likes of Matt Paske and Dubbs Haqq were piloting forces behind the success in today's semi-final win. Both had two big touchdowns, including Paske's 92-yard receiving touchdown, which is a new program record.

Chenango Forks will take on Schuylerville in the Class-B Championship next Sunday, 12/1 at 12PM at the Carrier Dome.