SV heading back to state final after big win over Southwestern 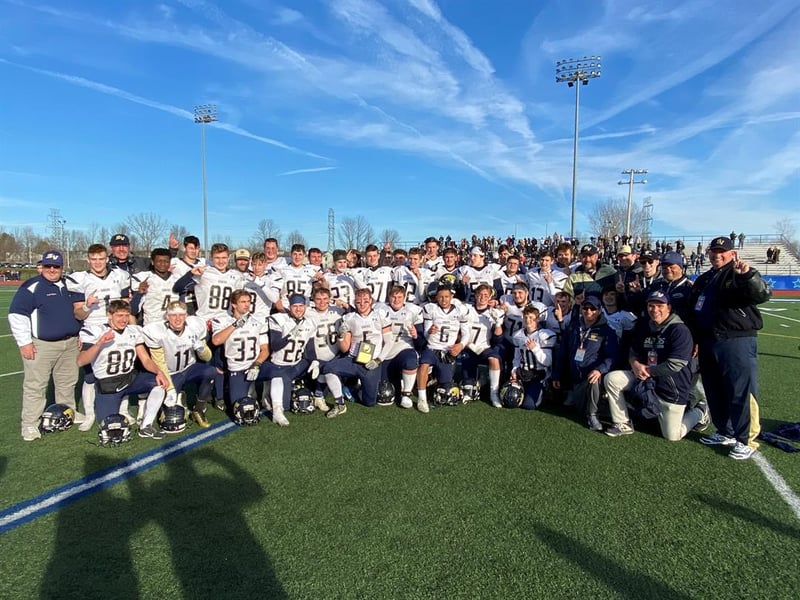 After a hard-fought game, the Susquehanna Valley Sabers are heading back to the Carrier Dome after a 35-28 comeback win over Southwestern.

Very different from their game last weekend against Lowville, SV seemed to be the underdog throughout first half of the game, and we're actually trailing 21-13 at the break.

It was not until the fourth quarter where everything seemed to turn around for the Sabers. Deep into the quarter, Junior Logan Haskall took the handoff from Dylan Gaska, and brought the score to 27-28, with under six minutes left in the game.

Off of the kickoff, there was a miscommunication on the Southwestern end of the field, where wide receiver Conrad Thomas picked the ball up late well into the redzone and had the ball knocked out of his hands by the Sabers Special Teams unit. SV took over from there.

On the next drive, Haskall took the pitch from Dylan Gaska and hit Junior Patrick Cooper in the endzone for the go-ahead touchdown, and eventually the 2-point conversion to seal the deal.

Susquehanna Valley will take on Governeur out of Section 10, after their victory earlier today over Valhalla 14-11. Gametime is next Friday, 11/30 at 6PM at the Carrier Dome.