Bough to Play for Purple Eagles 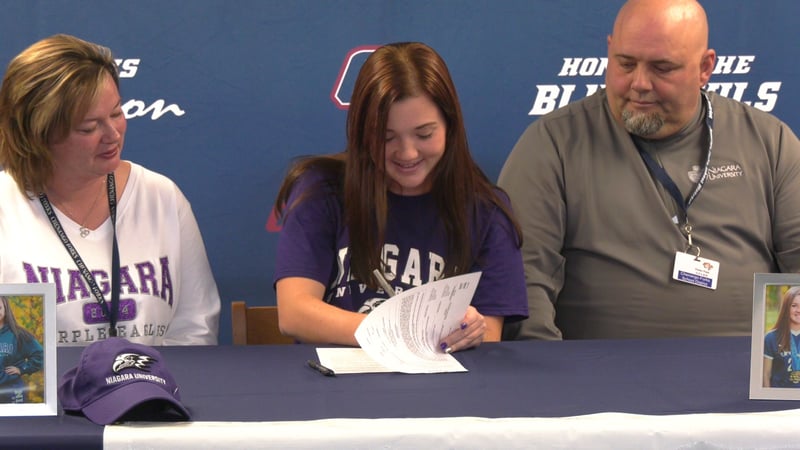 Chenango Forks senior Emma Bough signed her National letter of Intent to play soccer for Niagara University. Bough has been a key cog on a very successful Blue Devils team. Last season she helped lead the Blue Devils to a state championship and this season the team captured a Section 4 Title and Co-STAC Championship. Bough says she wouldn't have been able to make it to this point with the great coaches she's had.

"All the coaches, like Coach Walsh, Coach Kashou. they've been there for me since I was little and always pushed me to be my best and I do think i could be here without them," says Bough.

Bough says right when she visited Niagara it felt like home. She says that along with their great coach made it an obvious choice and she is thrilled to be a Purple Eagle.