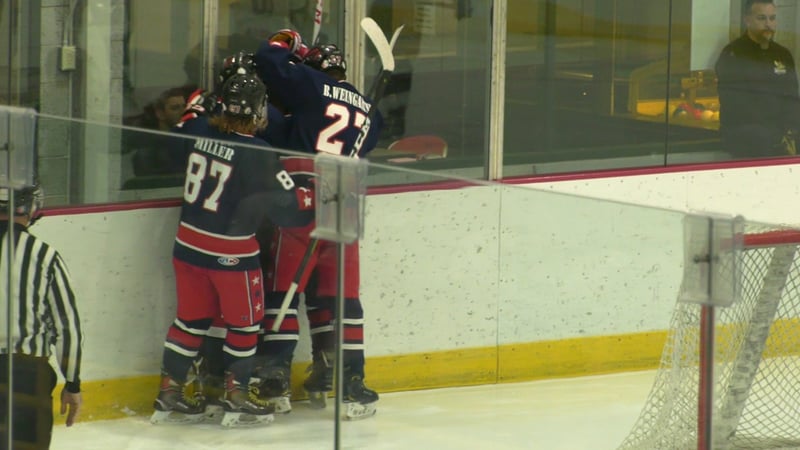 On this Sunday for BCHSHA Hockey, we had the "Battle of the Susquehanna" on ice between Vestal and Union-Endicott, and a Game of Champions for the other game with 2019 champs Maine-Endwell hosting 2018 winners Binghamton.

Vestal v. U-E was a close one throughout the entire game, ending with a Golden Bears 4-3.

Early on in the Binghamton/M-E game, it was a close matchup with the Spartans getting on the board first, and up until the 3rd period the Patriots were only lead by as much as two goals. Binghamton ran away with it in the 3rd period, and won by a score of 8-3, and maintain a 3-0 record on the season.

Vestal will play Chenango Valley next on Friday 11/15, and Binghamton plays Chenango Forks on Sunday 11/17.