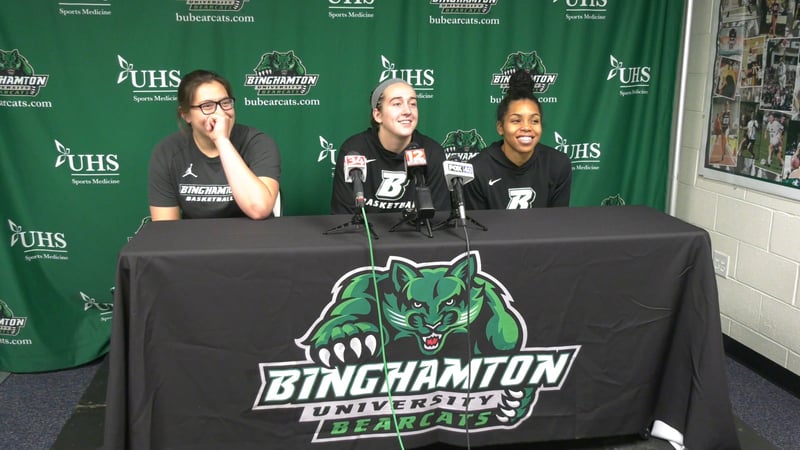 As the Binghamton University Women's Basketball team gears up for 2019-2020 season, head coach Bethann Shapiro Ord prepares for her second year at the helm. In her first season with the Bearcats the team finished with an overall record of 12-18 and a conference record of 7-9 which placed them 5th in the America East. The pre-season conference polls predicts Binghamton finish 4th this season.

In her first full off-season with the program, Shapiro Ord put together a non-conference schedule headlined by tilt in Miami against the Hurricanes. She also brought it in 6 freshman. She says she feels great about the overall makeup of the team.

Key returners for the team include forward Olivia Ramil, a great post presence who led the team in blocks last season. Her sister Annie Ramil who was an America East All-Rookie selection last season. Senior guards Carly Boland who finished 8th in the conference in blocks and assists and 3rd on the team in points, and Karlee Krchnavi who was 6th in the America East in rebounding. Of course we can't forget the team's returning scoring leader and multiple time All-Conference selection, senior guard Kai Moon. Moon is embracing a leadership role on the tam this season. She says she likes the depth on the team and that the new faces are fitting in just fine.

"I think trying to instill confidence in every single one of them, to be comfortable to lead in their own ways will only help them gel together," says Moon. "They got great chemistry off the court, they won't shut up, they got so much energy."

The Bearcats regular season tips off on November 5th at Siena College.