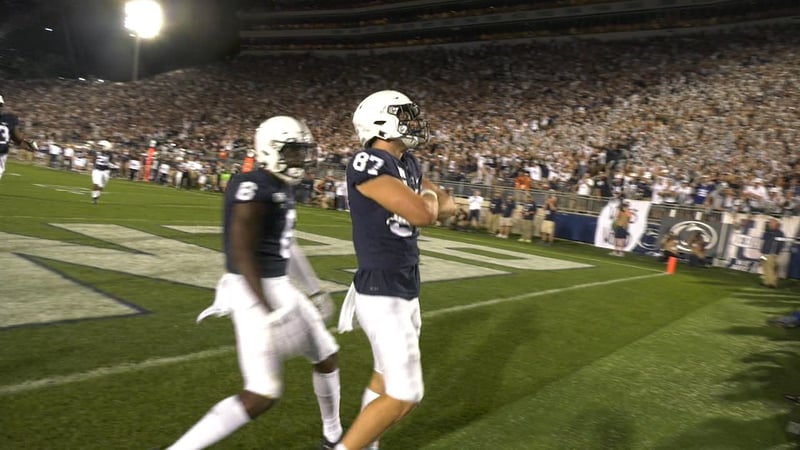 Freiermuth was a key cog in the Penn State offense on Saturday. The Massachusetts native set multiple career highs with eight receptions for 99 yards and two touchdowns. Both of Freiermuth’s touchdown catches came in the third quarter, helping the Nittany Lions to pull away. Early in the quarter, Freiermuth hauled in a pass from Sean Clifford over the middle for a 23-yard score. Later in the frame, on a fourth-and-2, Freiermuth caught a pass around the line of scrimmage and took it up the sideline for a 28-yard touchdown. The sophomore also extended his streak to 14-straight games with a reception.

With 10 career touchdown receptions, Freiermuth moved into a tie for 17th all-time at Penn State. He is tied with Ted Kwalick (1966-68) for third all-time among tight ends.