BC SAFE Opens The Conversation On Suicide 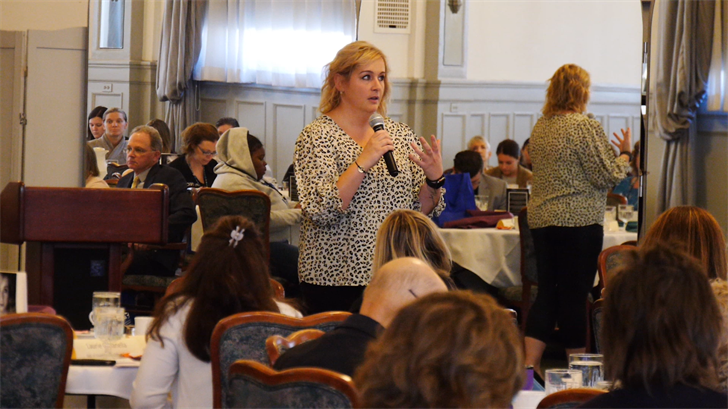 September 10 is World Suicide Prevention Day and Broome County Suicide Awareness For Everyone (BC SAFE) is aiming to keep the conversation on suicide open for people in Broome County.

The 6th Annual World Suicide Prevention Day Breakfast on Tuesday was open to the public and held breakout learning sessions, with Keynote Speaker and Author Brittany Cooley, who spoke about her journey with mental health and her attempt with suicide. Broome County Mental Health Department Community Systems Coordinator Heidi Mikeska says they are trying to break the stigma around mental health.

"We talk about suicide as part of our everyday conversation...to know that it's okay to say 'I'm not okay,'" says Mikeska.

Suicide is the 10th leading cause of death in the United States, according to the American Foundation for Suicide Prevention. BC SAFE provides education, awareness, and resources aiming to reduce suicides and attempts in Broome County. The National Suicide Prevention Lifeline number is 1-800-273-8255.