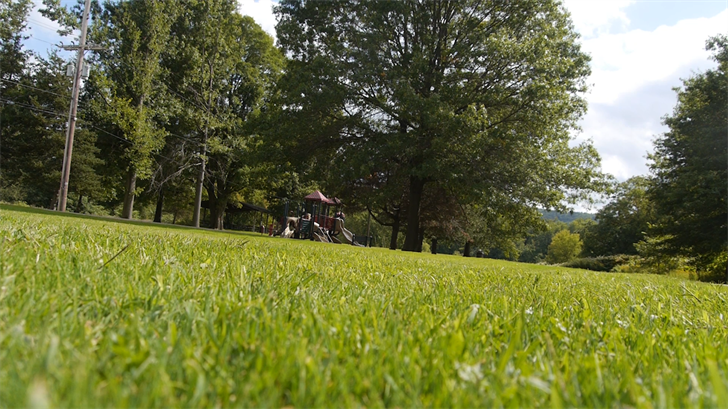 On Friday, Congressman Anthony Brindisi stood in front of the Endicott Well Field site, one of eight sites in Broome County that has used federal dollars to clean up a toxic environment. This was the backdrop to his push to oppose the Trump administration's proposal to reduce spending on the Environmental Protection Agency, including a 15% cut to their Superfund Clean-Up Program. Brindisi says this would put the eight Broome County sites at risk.

"That could mean some of these cleanups, years in the making, could grind to a halt," said Brindisi.

Yet, in Broome County, only two of those eight sites are deemed to have clean-up efforts still "ongoing" according to the EPA's website. The Endicott site at Grippen park is one of them. The other is one of two Vestal Water Supply sites. Work at the second Vestal Water Supply site is complete. So is the clean-up at the BEC Trucking site. The other four have been completed, but are in the review phase. This means they get reviewed every five years to make sure everything is still on track.

In a statement, a spokesperson from Brindisi's office says while the sites still rely on federal funding, not all of them are on the National Priority List "and we regret if the [press] release gave that impression."

Once the initial Superfund cleanup is done there are years of rigorous review to ensure they no longer pose a threat to public health. Reviews and cleanups use federal dollars and manpower. The proposed cuts of 15% to Superfund cleanup would impact reviews, ongoing cleanups, and active cleanups.

Town of Union Supervisor Rick Matarese voiced his concern over the budget cuts. Since the Endicott site under his jurisdiction is still active, he says the EPA comes out and monitors the system they installed back in the 1990s to filter and treat the ground water. He's worried cuts could mean an end to that.

"If the Superfund is cut out... then we don't have the check system that comes in and makes sure that system is maintained and working properly. And that's a danger to our citizens," says Matarese.

Brindisi backed a bill that passed in the House in June, which would restore funding to the EPA. That bill is currently sitting in the Senate.