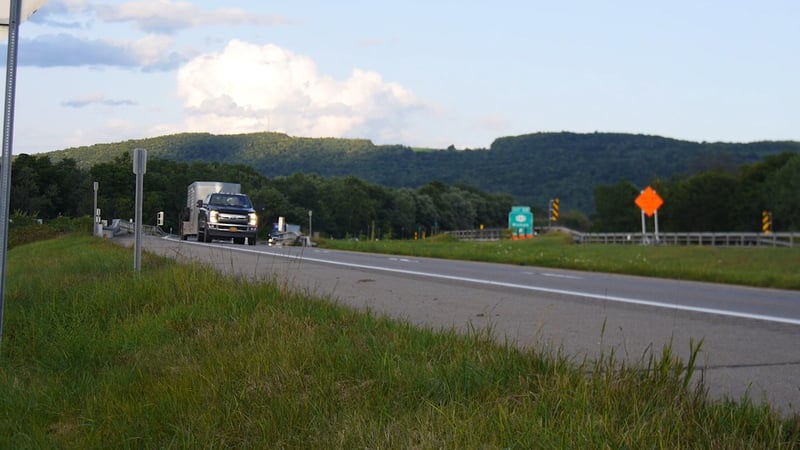 A portion of State Route 17 in the Town of Nichols will be named in honor of the NYSDOT worker who was killed in a work zone earlier this year.

Governor Andrew Cuomo signed legislation on Friday to name part of the highway as the "Dennis 'Matt' Howe Memorial Highway."

On March 13th, 2019, Dennis 'Matt' Howe, 45, of Owego, was parked in a DOT vehicle on the shoulder of Route 17 in Nichols with his lights flashing, alerting motorists that a road repair crew was just ahead. That's when a tractor-trailer struck his vehicle after the driver failed to move over, according to Tioga County Sheriff's Office.

Howe sustained sustained serious injuries from the crash and was airlifted to Robert Packer Hospital in Sayre. He died of his injuries a week later.

"Matt Howe was a dedicated New York State employee and a beloved husband, father, son and colleague who tragically lost his life while serving the Empire State," Governor Cuomo said. "By designating a portion of State Route 17 in Mr. Howe's name, we will help ensure his service to the state will be honored for decades to come."

The Tioga County Sheriff's Department said the driver of the tractor-trailer, 37-year-old Lawrence E. Faucett of Ulster, Pa, was ticketed for unsafely moving from a lane and failure to exercise due care (Move Over Law).