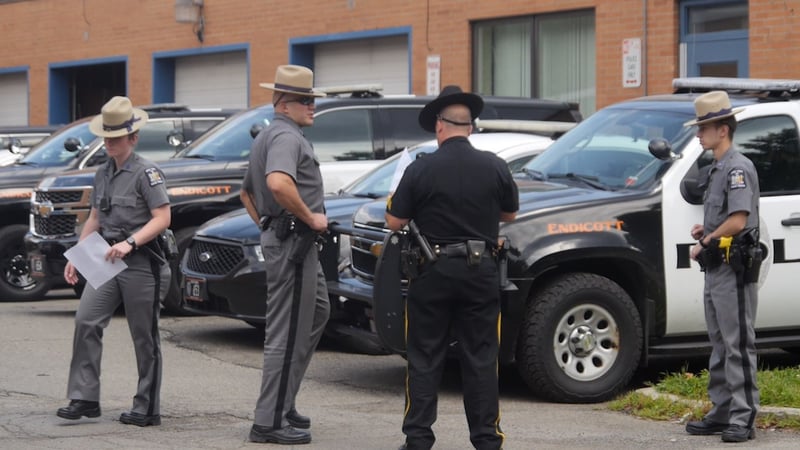 Drugged driving crackdowns happening across the Village of Endicott today, Thursday, August 8th, after Broome County released information on an increasing number of accidents caused by drivers under the influence of narcotics.

Authorities told Fox 40, many of the accidents occurred on Thursday's between 3 and 7pm, when today's checkpoints were scheduled.

"They were talking about how there was accidents caused by people driving under the influence of narcotics. So Endicott Police Department, New York State Police, and Broome County Sheriff's Office got together, and we set up different checkpoints throughout the Village to target this and make people aware of driving under the influence," said Craig Williams, Assistant Chief of Endicott Police Department.

Williams called today a success, and that more checkpoints could happen again in the future.

"We met out goals," said Williams.