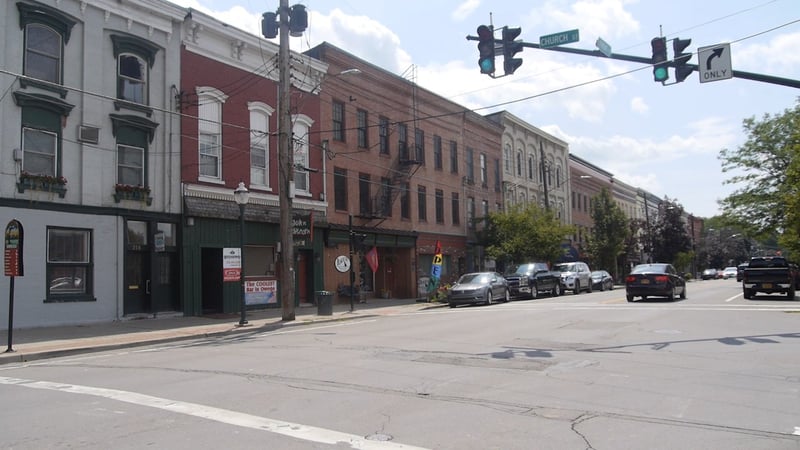 The Village of Owego has been awarded $10 million in New York State Downtown Revitalization Initiative funds. That money will be spread across 17 projects in the village including improvements to infrastructure, river access, park upgrades, housing, and turning blighted buildings into new businesses.

"Combined together, they'll all transform the village in a positive way," says Mayor Mike Barratta.

Barratta says the village applied for the money back in 2018, finding out they won about a year ago. Then they had to put together a proposal for how they would spend the funds. The list of approved projects wasn't announced until Thursday. New York State Lieutenant Governor Kathy Hochul stopped in Owego to make that announcement.

.@LtGovHochulNY is in Owego today announcing the $10 million in revitalization money that the village is being awar… https://t.co/qsiNc2iTiU

Many of the projects have to do with arts and history. The Ti-Ahwaga Performing Arts Center will be getting an expansion, as will the Tioga County Arts Council and the Historical Society Museum. A vacant lot on North Ave will be turned into an art park with an interactive sculpture garden.

Also on North Ave, a blighted building will become a brewery, with apartments upstairs. That project is a collaboration between longtime Owego residents Greg and Emily Pellicano and current Owego business owners Ike and Julie Lovelass.

"It's one of the first buildings you see and it's one of the last ones on the way out of town, so we feel it's an iconic space for people in Owego and people coming to Owego," says Greg Pellicano.

The business will be called Public Well Brewery. The two couples say the idea is that it's the gateway to the Finger Lakes wine and craft beer attractions.

"I think Owego has already grown and it's already terrific, but I think that in the next few years, we're going to see some really major changes," says Julie Lovelass.

The Lovelass's currently own both the Owego Kitchen and the Belva Lockwood Inn.

Below is the full list of projects covered with the $10 million in DRI money:

Marvin Park - Improving drainage at the park as well as updating the playground and other recreational facilities there.

Community Branding and Tioga Arts Council - Creative a branding and marketing initiative for the arts and creative community. Expand the Arts Council building to include gallery space, workshop rooms, and tech labs.

Coburn Free Library - An elevator will be installed in the library to improve handicap accessibility.

Ti-Ahwaga Performing Arts Center - An expansion at the theater will increase capacity for productions and programming.

Lake Street Infrastructure - Fixing the sewer lines and integrating all the lines into the public system for easier maintenance access.

Lighting - Repairing streetlights along the southside portion of the village.

Brewery - The Public Well Brewery will go into the old Thompson's Grocery Store building on North Ave. Upper floors will be used for apartments.

Restore Main Street Eyesore - Close a funding gap to fix up 167-169 Main Street, turning it into apartments and commercial space.

Non-Profit Hub and Emergency Shelter - Construct a non-profit hub on North Depot Street that will provide space for charitable organizations. The facility will also double as an emergency shelter.