Ward School #2: Passing Down A Love Of Learning Through Generations 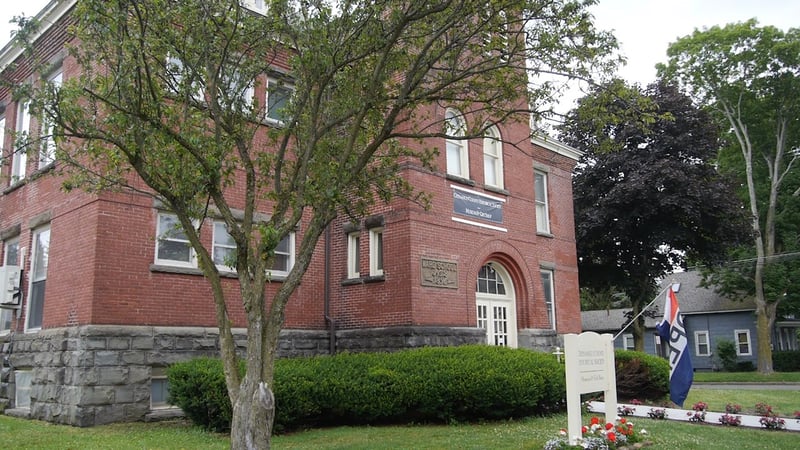 Thousands of kids through the years have passed through the halls of the old Ward School #2 on the corner of Rexford and Silver Streets in the City of Norwich. And they still do. The school itself has been closed for around 60 years, but now it houses the Chenango County Historical Society Museum, a frequent field trip stop for local elementary classes.

Standing outside the brick building, the date of completion is noted in stone on the front. The school was built in 1896 and was one of four "ward" schools like it in the area. When new school buildings were constructed, the need for the ward schools dropped. Schoolhouse #2 was sold for $1 to the historical society in 1958.

Tour guide, and lifelong Norwich resident, Judie Wright is showing me around the museum. She's the perfect choice, because she knows firsthand about this building's past.

"My desk was right here and there was a girl who sat beside me," says Wright. 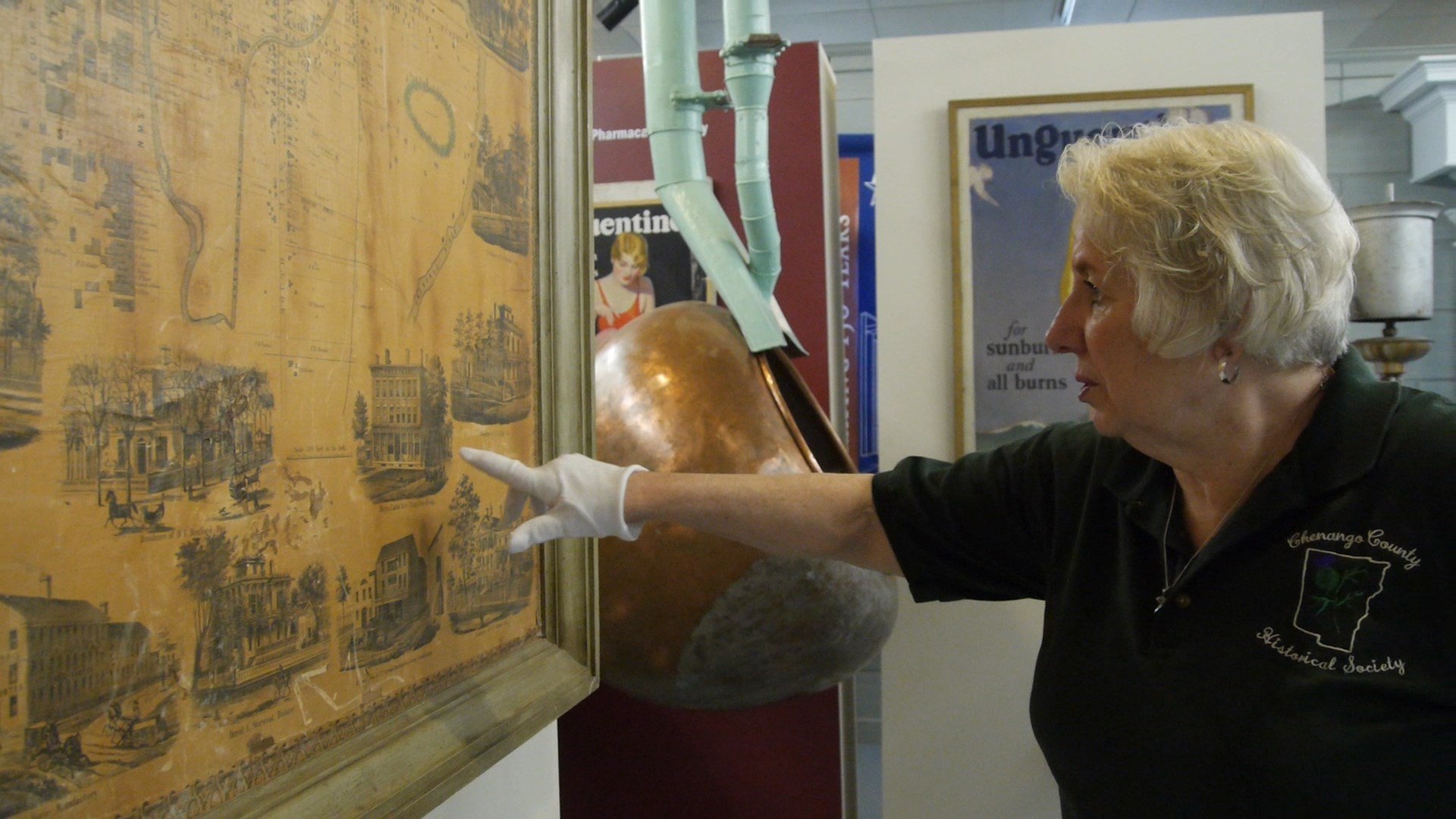 Chenango County Historical Society tour guide Judie Wright was a student in the museum back when it was a schoolhouse.

Her desk was right where a display case of old Norwich Pharmaceutical products now sits. Wright was a student here until the end of 2nd grade. That was in the 1950s. She was in the last batch of students to go through the ward school. She points out the double staircases, climbing up opposite walls to the second floor.

She says some of her fondest memories were made in her years at the schoolhouse. Who doesn't have good memories of the simple days of elementary school?

The memories that were made in that old place…

Now, she is helping another generation make new memories.

Wright has been a tour guide for the historical society for nearly a decade. She brings hundreds of kids through the exhibits each year, passing down knowledge and some life lessons.

“That’s why I get so emotional sometimes because it is so important to me," says Wright, “I think I can make a difference. And that’s what’s important to me. If I can have any impact on these children…"

Then everything will have come full circle. The old schoolhouse continues to stand as a place of education and memories.

The Chenango County Historical Society Museum featured exhibits inside and in several outbuildings. The campus has a barn that belonged to the Loomis Family, which was picked up and reconstructed behind the former school.

The exhibits inside include several interesting pieces including an American Flag carried by a local regiment in the Civil War, homestead and Native American artifacts, and pieces from some of the key players in Chenango County's commerce. 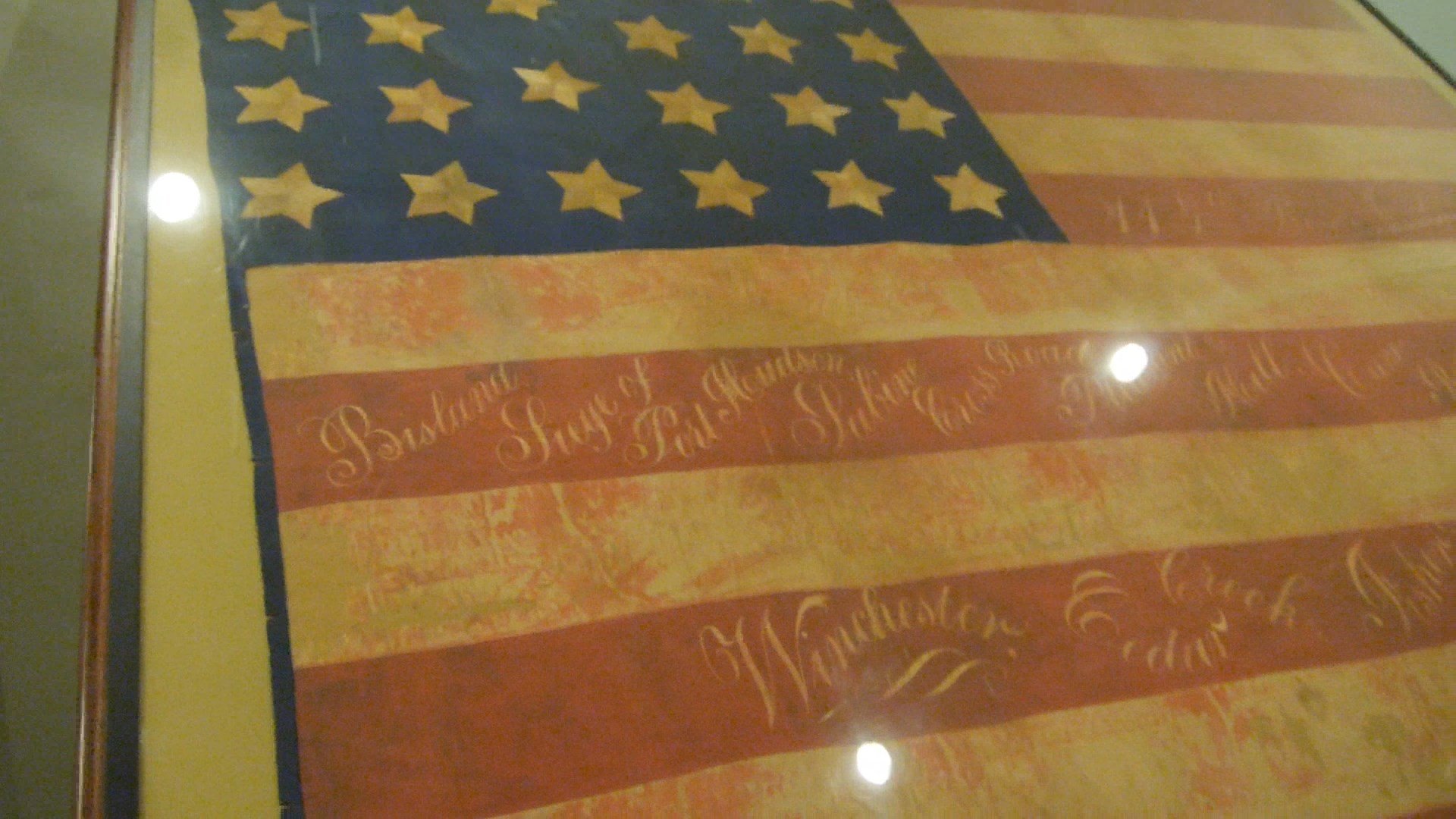 This flag from the Civil War is on display at the Chenango County Historical Society.

The museum is open from 9am to 4pm during the week.