Vestal U10 Little League Heading Back to States 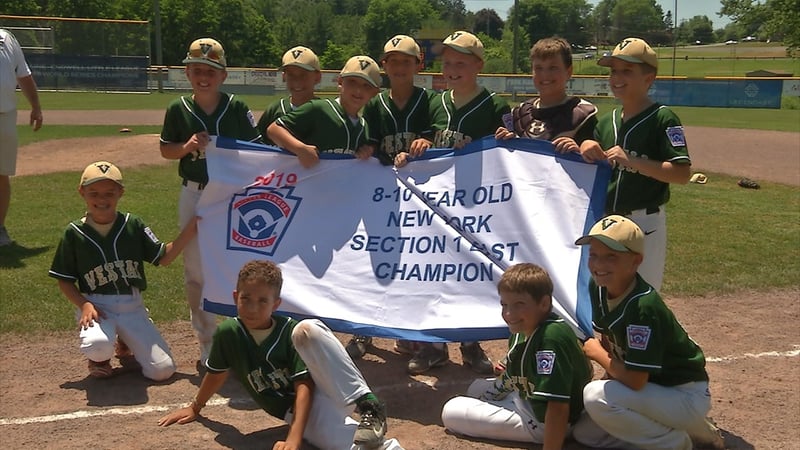 The U10 Vestal Little League team punched their ticket back to the New York 8-10 State Championship after defeating Liverpool 12-3 to repeat as Section I East Champions.

Vestal took the early lead, scoring four runs in the first inning. Liverpool bounced back, scoring three runs quickly, but Vestal went on an 8-0 run to seal the deal in the top of the fifth.

"It feels good," said Head Coach Kevin Cutler. "It feels great being able to get through our district, which was tough, and today's game was also a tough one."

The 8-10 State Championship Game will be held in Owego next weekend, a chance for local fans to come out and support the boys in green and gold.

"Hopefully people will come into town and spend the week with us, and hopefully we put on a good show for them," said Cutler.