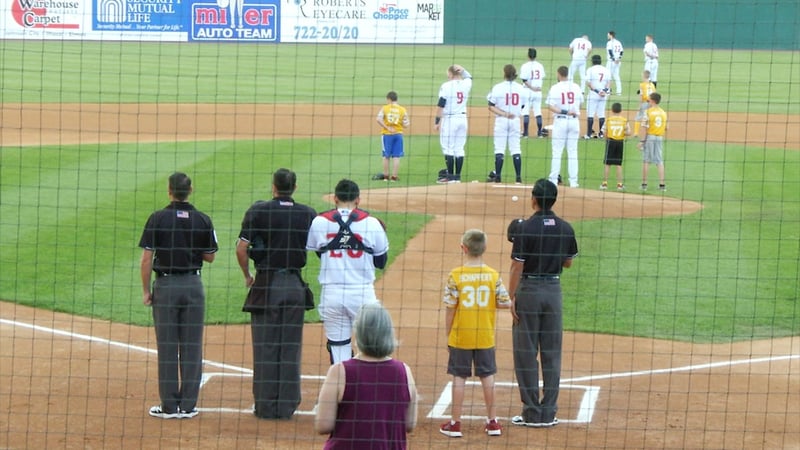 Binghamton, N.Y. - The Binghamton Rumble Ponies (3-6, 38-35) were swept in a double header for the first time this season as the Erie SeaWolves (7-1, 38-36) won both games Wednesday at NYSEG Stadium. The SeaWolves won Game One 10-0 and Game Two 2-1. Ali Sanchez registered hits in both games to extend his hitting streak to 17, which is the longest in the Eastern League this season.

Erie jumped on top in the first with five runs and batted around the order. Josh Lester hit his ninth homer with a two-run blast in the rally. Chace Numata also smacked a two-run double. The SeaWolves piled on four more runs in the sixth as they batted around again. Numata drove in his third run of the night with a sacrifice fly.

Luc Rennie (0-2) suffered the loss as he allowed 10 runs (eight earned) on 10 hits over 5.2 innings. Anthony Castro (3-1) picked up the win with 5.2 scoreless innings, in which he struck out seven and allowed just two hits. The Ponies were limited to three hits in the game.

In the second game of the night, the Rumble Ponies scored first on a Dustin Houle RBI double in the bottom of the second. The SeaWolves evened the score in the fourth on a Sergio Alcantara double. Isaac Paredes gave Erie the lead in the fifth with an RBI single. The Rumble Ponies left five runners on base, including stranding runners on second and third in the second.

Jaison Vilera (0-1) suffered the loss despite striking out four and giving up two runs on eight hits over 5.2 innings. Zac Houston (2-1) picked up the win with two scoreless innings of relief.