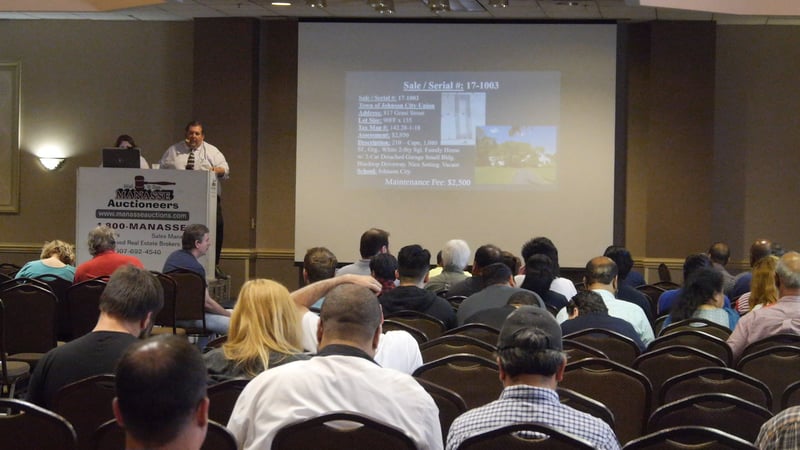 Hosted at the Holiday Inn in Downtown Binghamton, foreclosed properties of all types throughout the county were sold off to the highest bidder.

"This is phase 1 of County properties, excluding the city of Binghamton, and phase two will be August 10th," said Hamlin.

According to Hamlin, a second auction will be held August 10th.

"We’ve foreclosed on 227 properties, which is heavy. And we did just over 50 sell-backs to the original owners so they can stay in their homes," said Hamlin.

"Some properties are going for retail price," said Hamlin. "People have walked out saying prices are too high and that’s what we like, of course, because I have to make $1.2 million a year net after writing off all the back taxes for the county."

"What the county hopes is that these new owners will take better care of the properties pick them up, bring them back," said Hamlin. "There's been some new transformations in the past, our properties that people bought, they're things you wouldn't recognize today, and hopefully the new life that it brings will benefit the entire area"

Hamlin also announced that he will be retiring as the county's Director of Real Property on September 30th. He said the county has already selected someone to take over the position starting October 1.

"We’re really excited about that and that will be coming out in the future who that individual is," added Hamlin.