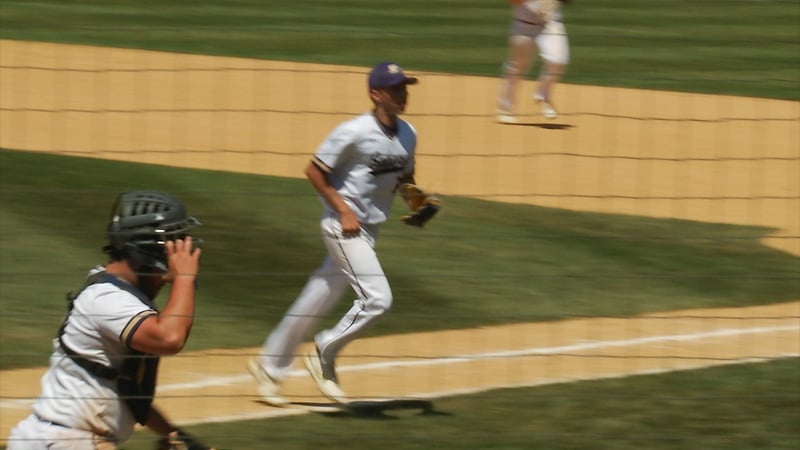 Conklin, N.Y. - Susquehanna Valley pitcher Dom Chesna dazzled on the diamond for the Sabers in the Class B state quarterfinal game. His performance was nothing flashy, no 80 mph fastballs but he certainly got the job done. Not only a job, but a journey that could not be completed without his right hand man, his best friend, his catcher, Dan Matthews.

"I know he's going to stop all the balls out there, if I miss my spots he'll come out and talk to me" said Dom Chesna. "I'm never worried when he's behind the plate."

Dom and Dan have best friends since preschool, playing sports together since elementary school and being the batteries for each other on the diamond for the last three years.

"It's crazy" said Dan. "Just playing together in my back yard and now we're in the Final Four, its awesome."

"Their friendship and chemistry has been huge" said head coach Steve Haskell. They really trust each other. They look forward to the opportunirties where they can work together on the field."

Although their journey to the field has not been the same. Dom was cut from modified baseball two years in a row, then played on JV and now has taken on the biggest role of his baseball career, this year.

"He's probably the hardest worker on this team" said Dan. "He's come the farthest since we were little kids. I'm really proud of him."