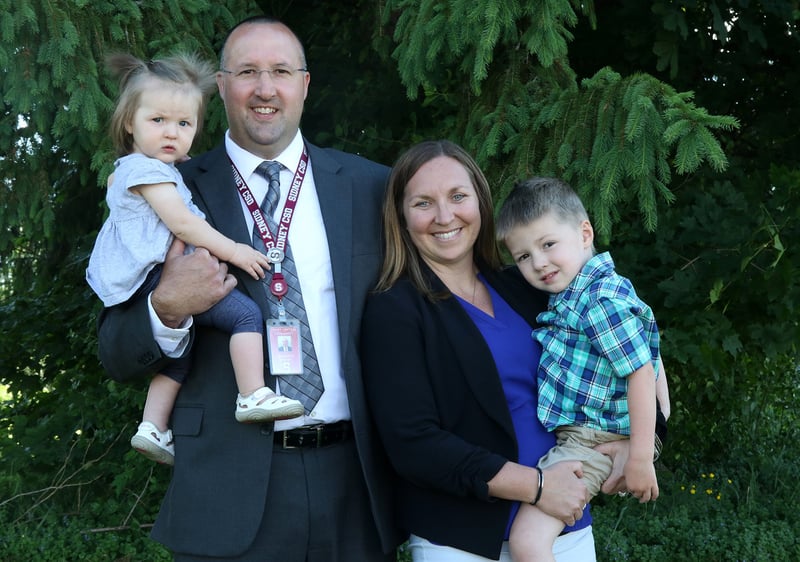 The Sidney Central School District Board of Education has named Eben Bullock as the district’s new Superintendent.

Bullock has served as the Sidney’s high school principal for the past 10 years. He will succeed Dr. William Christensen, who is leaving the district after more than eight years at the helm.

Bullock was approved for a three-year contract at the Board of Education meeting Tuesday, June 11.

“I’m excited for the opportunity to continue to support and lead the exceptional programs that the Sidney Central School District is known for,” Bullock said.

“I’m also excited to expand upon our current relationships I’ve been able to build at the building level and transform them district-wide. I want to develop strong relationships with all district employees, parents, community members, and business partners.”

Bullock will begin the position on July 1.

During his tenure as high school principal, two of the accomplishments Bullock said he was most proud of are increasing graduation rates and giving students more opportunities for college credit courses. He’s also collaborated with area businesses, which have helped build internship and shadowing opportunities for students.

“We are proud to appoint Eben to this position,” Sidney BOE President Kerri Green said. “We’ve had the chance to watch him grow as a principal. We’re happy that he will be able to continue the programs and initiatives started by Dr. Christensen, and excited to see him take those to the next level and to see what new ideas he’ll bring to our students and community.”

Before coming to Sidney, Bullock taught health and physical education and, for two years, served as the Safe & Drug Free Coordinator in the Binghamton City School District.

Bullock, who was at the meeting along with his wife and two children, said he is ready for the challenge, and also noted he’s worked closely with Christensen and learned along the way.

“I’ve been fortunate to work with Dr. Christensen, who has always put kids first. He taught me a lot in eight years together.” Bullock said. “I love what I’m doing and I love the Sidney Central School District and what we’ve created. I believe in this district.”