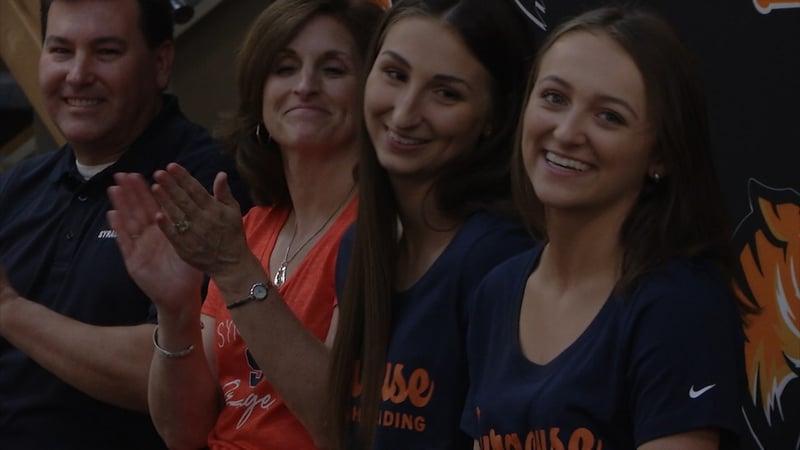 "I loved the cheerleading program" said Arianna. "Syracuse is also close to home and not too far. It's awesome because I've grown up going to the Syracuse games."

"Everywhere I go I see people wearing Syracuse apparel, which is really cool because now I'm going there." said Mikayla.