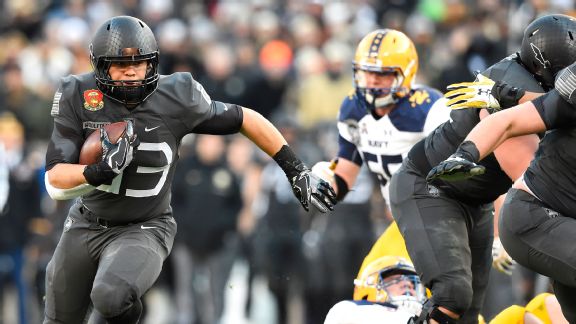 Darnell Woolfolk, three-time All-State linebacker for Maine-Endwell, participated in the New York Giants minicamp this weekend. The recent West Point graduated ended his Army football career tied for third in team history with 37 touchdowns, 14 of those during his time as a senior captain.

"It's awesome to see someone like Darnell, put in the time and put in the work, to then get an opportunity like this, it's pretty cool," said Maine-Endwell head football coach Matt Gallagher. "Whatever opportunity he does actually get, it's going to be well deserved and us back at Maine Endwell are gonna be pretty darn proud of him."

Woolfolk graduated from Maine-Endwell in 2014, where he was a four year starter and member of the 2012-2014 state title teams.