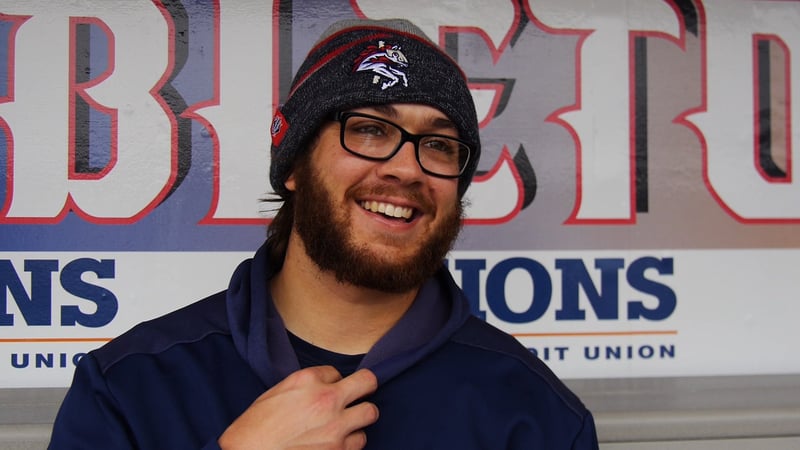 Binghamton, N.Y. - The New York Mets eighth-ranked top prospect has certainly been delivering at the hill for the Binghamton Rumble Ponies. Anthony Kay, the 31st overall pick in the 2016 MLB draft is finally back to feeling confident and healthy at the mound.

"Every one always says two years after surgery you feel back to normal and that's where I'm at" said Kay.

The twenty-four-year old had Tommy John Surgery in 2016 , sat out the 2017 season and started his professional career splitting the season in Single-A with the Columbia Fireflies and St. Lucie Mets in 2018. He began the season with the Columbia Fireflies and posted a 4.54 ERA in 69.0 innings, allowing 73 hits, walking 22, and striking out 78. He was promoted to the St. Lucie Mets mid season and pitched 53.0 innings there, posting a 3.88 ERA with 51 hits, 27 walks, and 45 strikeouts.

"It was tough finding consistency last year after being only back for a year" said Kay. "Working out in bullpens, trying to really focus on off speed pitches. Delivery and everything like that. The work that you do in between outings definitely correlates to that."

Here in 2019, the Long Island native is finding a lot of consistency. Throughout 24 innings, he's tossed 29 strikeouts, posting a 1.85 ERA and all top ten in the Eastern League.

The 24-year-old expressed that he feels like he's playing his best baseball right now. @Mets_Minors pic.twitter.com/t7vtNguvYK

"I love the way he competes" said Rumble Ponies manager Kevin Boles. " love his competitive nature, the way he goes about it. He keeps the defense involved. He showed that in spring training and he's showing it now."

Over the weekend, Anthony Kay his 95 mph on a snowy day in Binghamton, where temperatures dipped into the 30s. According to Mets beat reporter Anthony DiComo, one scout predicted Kay could succeed out of the Mets' bullpen later this year.

"I think going to UCONN and dealing with the cold like it is now, definitely helped. Being mentally tough. Not worrying about the weather" said Kay.

We can all agree that every minor league baseball players goal is to make it to the majors. Anthony Kay, of course is looking towards that same goal, but isn't getting to ahead of himself.

"The goal right now is to throw some more strikes, I've been walking to many people" Kay said. "The overall goal is of course to make it to the big leagues."

The question, will that goal come sooner than we think?

"I mean it's tough not to look ahead you know? It's cool to be recognized but you're still not in the big leagues so you still have work to do until you get up there. Until you're the best honestly" said Kay.