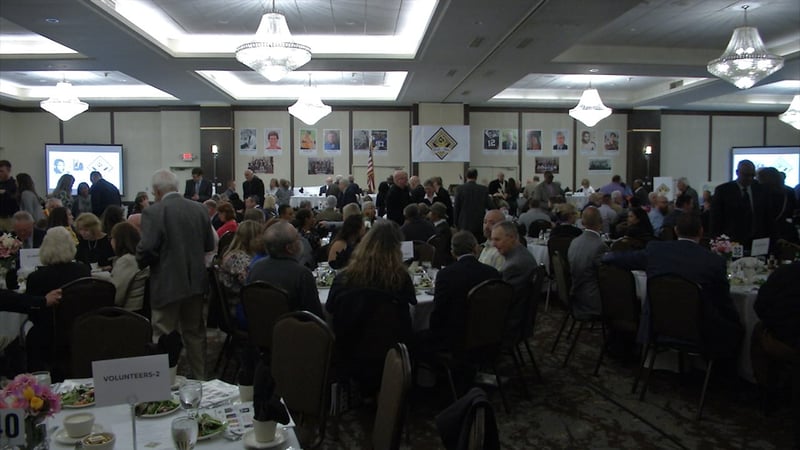 Binghamton, N.Y. - The 5th Annual Greater Binghamton Sports Hall of Fame induction dinner was held on Monday at the Doubletree by Hilton. A dinner to honor the local people of the past and present who have made unbelievable contributions to the world of sports as well as being top notch people.

Twelve local sport legends were inducted into the Class of 2019. Former Yankees player and manager Joe Girardi was this year's featured speaker. Girardi managed the Yankees for nine years, bringing them to a World Series title in 2009. As a player he spent four seasons with New York helping the team capture three championships in the 90’s.

"This is quite an honor" said Girardi. "I think athletes play the sport and coaches coach not for the honor but because of their love for the sport. It's good that people recognize the job they've done."

Super Bowl champion and Endicott native Arthur Jones was inducted into the Class of 2019 but was not at the induction dinner in Binghamton. However, former Maine-Endwell and Duke basketball player Margo Walsh Riddle was there. Riddle, who now lives in Charlotte, North Carolina was a three-year All-STAC selection in basketball and was a part of the 22-0 season at Maine-Endwell. The former Spartan visited her Alma mater prior to the induction dinner.

"Forty-years after graduating high school and I still always enjoy visiting Binghamton and especially Endwell" said Riddle. "It's good to be back and remembering 1979 when the team went as far as we could go, it was a fantastic team. A lot of great girl athletes and we had a great coach, Peter Hyde. It was a fantastic experience as a young athlete."