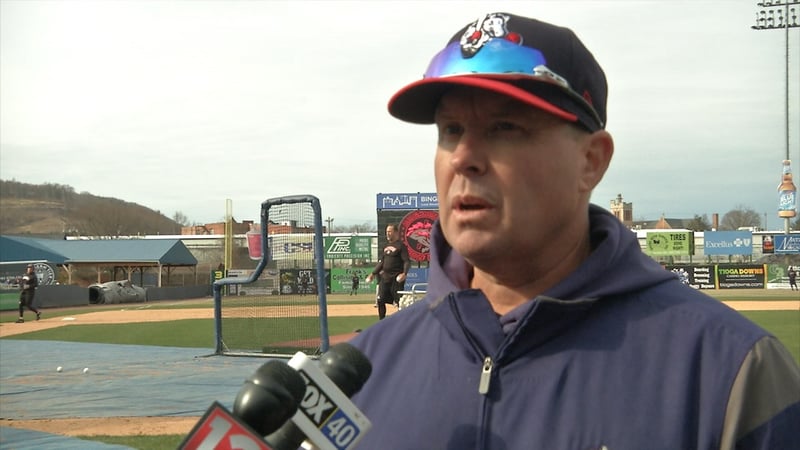 Binghamton, N.Y. - The Binghamton Rumble Ponies returned to Binghamton for their Opening Day on Thursday. The team concluded their 8-game road trip, turned into four games on Wednesday but hadn't played since Sunday. For the first time since 2007, Binghamton had an entire series postponed. Snow forced Binghamton and Portland's four-game series to be canceled.

The Rumble Ponies split the series against New Hampshire, sitting 2-2 on the season. Now, it's to early to make any certain assumptions but Kevin Boles expressed that there needs to be some improvement at the plate. Heading into tonight game, the Ponies average .154 as a team, going 22-for-143 at the plate with two home-runs.

"A couple of the games in New Hampshire were survival mode games" said Boles. "The weather was awful for both clubs. I think taking care of the baseball, we need to do a better job at that. Again, it's a small sample so we're not going to be too concerned with that but, we gotta make sure we have a better approach at the plate.. We'll get there. The innings will start to build up and we will see where we're at."