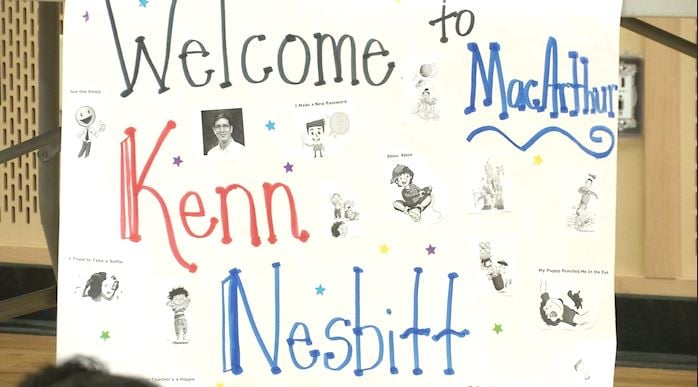 Nesbitt who is known for his famously funny works of literature, got students excited about reading and writing at an assembly on Thursday.

The poet spent the morning reading some of his favorites like "The Biggest Burp Ever", and "Believe it or Not, My Brother Has a Monster" out loud and answering questions from the children about what it takes to be an author and poet. 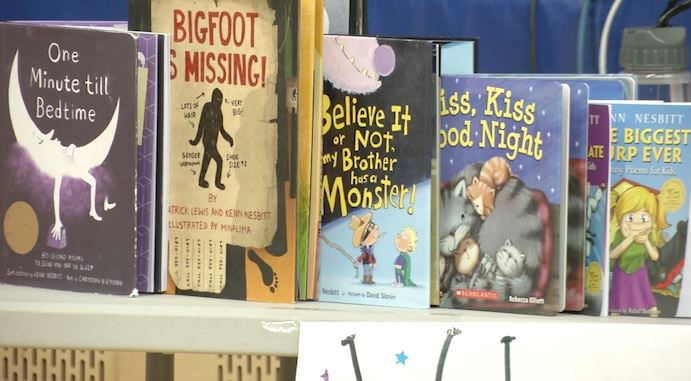 Nesbitt said, " I always enjoyed reading these kinds of things when i was a kid so once i figured out I could write it as well, i never stopped".

Kenn Nesbitt, an American Children's poet visited MacArthur Elementary School today to read some of his famously funny poems like "The Biggest Burp Ever" and "Dear Santa, Did You Get My Tweet?" To get kids excited about reading and writing. @wicztv pic.twitter.com/EJcL0PaIMG

Nesbitt also says, " I gets emails from parents and teachers telling me their kids who previously hated to read or write all of a sudden can't be taken away from it, and to me, that's the biggest reward there is...inspiring kids to enjoy this stuff".

Nesbitt's work has been used in textbooks, magazines, and even in the 2010 film "Life as We Know It", featuring Katherine Heigal and Josh Duhamel.