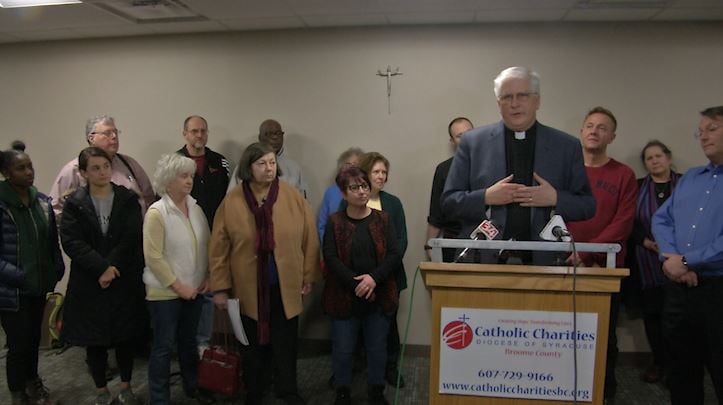 A "New Hope" Budget and Fair Election forum was held at the Catholic Charities of Broome County on Wednesday afternoon to address the underfunding of human services and education across New York State.

Reverend Peter Cook, Executive Director of New York State Council of Churches led the forum and was joined by a representative from the Broome-Tioga NAACP and Ron Deutsch of The Fiscal Policy Institute.

Wednesday's stop in the Southern Tier is one of 14 stops across a statewide tour for Cook, who wants legislation to focus on the needs of the people rather than the top 3% in a state which ranks #1 for worst income equality across the U-S.

Cook said, " 50% of children in this city live under the poverty line, and that the fair elections initiative would provide a chance to elect people who stand for everyday people instead of corporate businesses who provide funding for campaigns".

Another goal of today's forum was to "get big money out of politics", and to create a bigger diversity of people based on income to run for elected office.