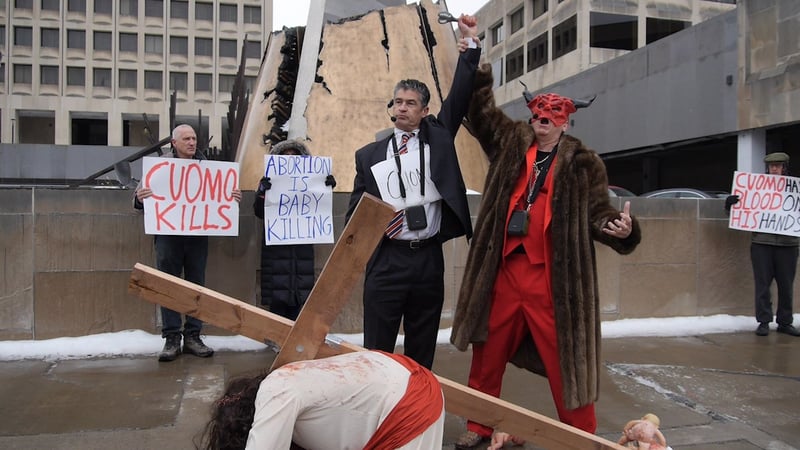 A group of protestors put on a graphic street performance skit protesting the recently passed Reproductive Healthcare Act. In the skit, actors portray Governor Andrew Cuomo as being counseled by Satan. The Cuomo actor repeatedly whips another dressed as Christ and proceeds to stab baby dolls, in reference to late term abortion.

"We have lived alongside of this evil for so long, people need something that jars them back to reality," says Randall Terry, the man behind the performance of the devil,  "And this is jarring, it is."

Terry and his fellow protestors are traveling around the state with this demonstration. Fox 40 has reached out to Cuomo's press office for comment, but have yet to hear back.