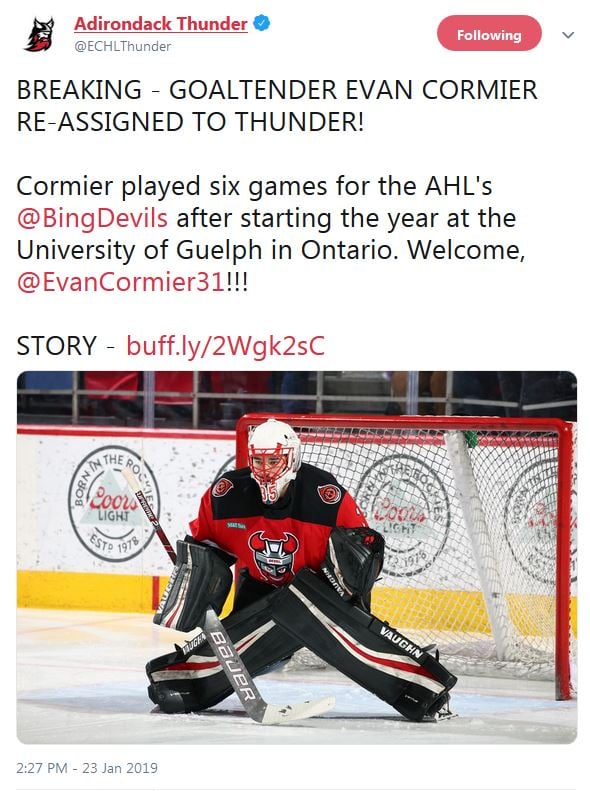 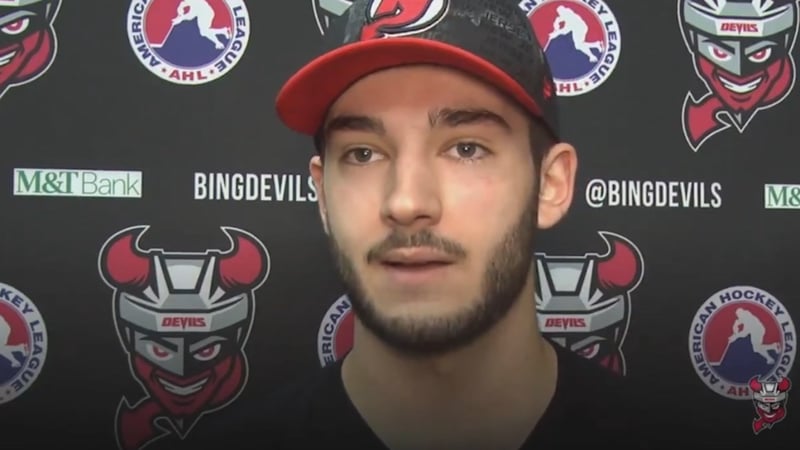 Binghamton, N.Y. - Life's tough get a helmet huh? The Binghamton Devils announced Wednesday that goaltender Evan Cormier has been reassigned to the Adirondack thunder of the ECHL. The twenty-one year old posted a 4-1 record and a 0.933 save percentage in six games with Binghamton. Cormier was apart of the Devils best hockey during their four-game winning streak, until he was pushed to the side in favor of Cam Johnson.

The move came after Mackenzie Blackwood was sent back down to Binghamton and Cory Schneider placed on a conditioning loan with Binghamton.

Schneider, Blackwood and Johnson are active goaltenders on Binghamton's roster.