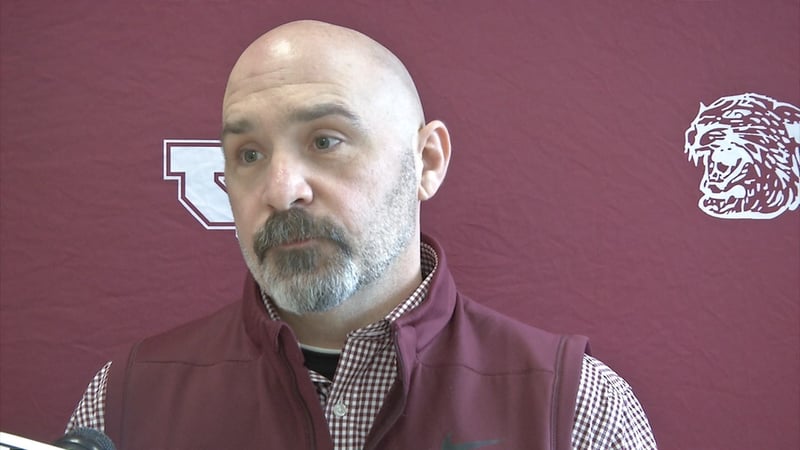 Johnson City, N.Y. - After two rounds of applications and narrowing it down to two candidates, Johnson City native Todd Place was named the Wildcats head football coach. Place, is a teaching assistant at Johnson City High School and has been part of the football coaching staff at JC for the last sixteen years. Not only has he made a difference in the classroom and on the football field, but Place has also coached wrestling and baseball for the Wildcats since 2000-01.

"We wanted someone to be professional, high character, looking to work with our young men and women to make them the best as possible" said Athletic Director Jeffrey Paske.

Johnson City football's program has struggled for quite some time, the last two seasons in particular. The Wildcats have collected 4 wins though out the last 3 years under Head Coach Dave Robinson, who resigned back in November.

"It's going to be a slow, long tedious process. It's not something we're going to do over night. It's going to take a lot of commitment from the coaches, players, every one involved in the program" said Todd Place.

The last time the Wildcats won a Sectional Championship was a decade ago, back in 2009. However, the challenge is what excites Place and is one of the reasons he took the job in the first place.

"The challenge of it is a big reason why I took this job. Growing up in JC and watching the JC football tam my life and playing for them and now being a coach for so long, makes this really personal to me."

"I want to bring back the tradition, the pride and the excellence that JC football has been known for in the past."

Johnson City Athletics posted nine football coaching position applications. Therefore, it's no where close to being set in stone on how much change the coaching staff will undergo.