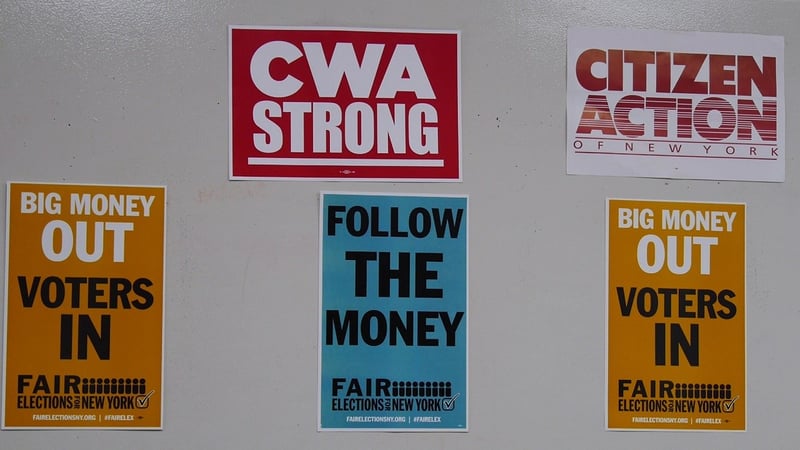 A statewide coalition is pressing Governor Cuomo to follow through on his promise to modernize New York election process and overhaul campaign finance laws.

Groups across the state met with local politicians, including in Binghamton, to quickly pass Fair Elections legislation - a series of reforms that includes closing a campaign finance loophole and  public funding that would match contributions from small donors.

Lawmakers return to Albany Wednesday with a Democratic majority in both houses.

The same day, the Let NY Vote coalition released a 90 second digital ad calling for early voting, something that is allowed in 37 other states.

“There's no reason we should be trying to cram millions of voters into a 15-hour window on a single day, while 37 other states enjoy days or weeks to vote. New Yorkers need at least two weekends to vote early, flexibility to change parties and full restoration of rights for people on parole. It's time to see if a unified Democratic government can truly deliver on progressive voting reforms," said Susan Lerner, Executive Director of Common Cause/NY.

Early voting is one of a list of changes groups want Democrats to pass.

Other changes include enacting automatic voter registration, making it easier for voters to change their party affiliation and restoring voting rights for people on parole.

The groups are scheduled to lobby their lawmakers on January 23.