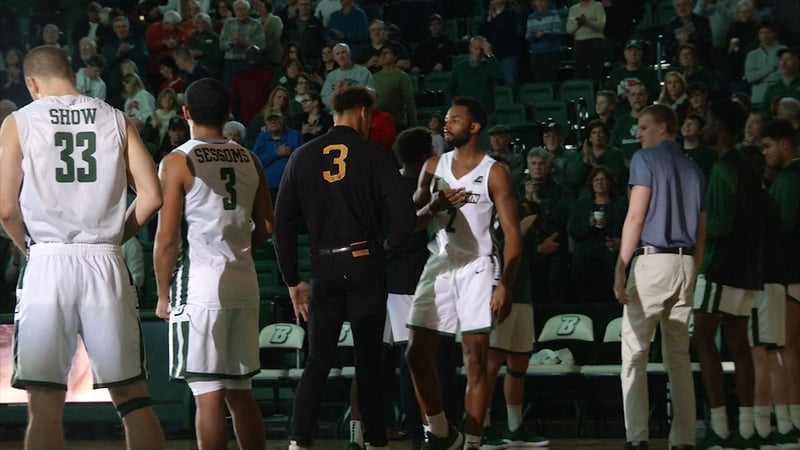 After Sessoms drilled his seventh three-pointer of the half (7-of-9 3-pt.) with nine seconds left to tie the game at 63-63, the Lions advanced the ball to halfcourt and called timeout with 2.2 seconds remaining. After barely escaping a five-second call on the inbounds, Columbia found forward Randy Brumant near the free throw line and he quickly dished to a cutting Gabe Stefanini. The Lions' leading scorer released the game-winner in the lane just before the horn sounded.

Binghamton, which shot 65 percent in the second half (15-of-23), received 14 points from senior forward Caleb Stewart (plus career-high five blocks) and eight points from Show. Senior forward Chancellor Barnard added a career-high tying 11 rebounds. Sessoms wound up shooting 9-of-15 and added five assists and two steals in 37 minutes.

The Bearcats dug themselves a 13-point halftime hole with 32 percent shooting and five missed three throws, including the front-end of two 1-and-1 opportunities.

Binghamton opens America East play on Saturday when the Bearcats host New Hampshire at 2 p.m. at the Events Center.