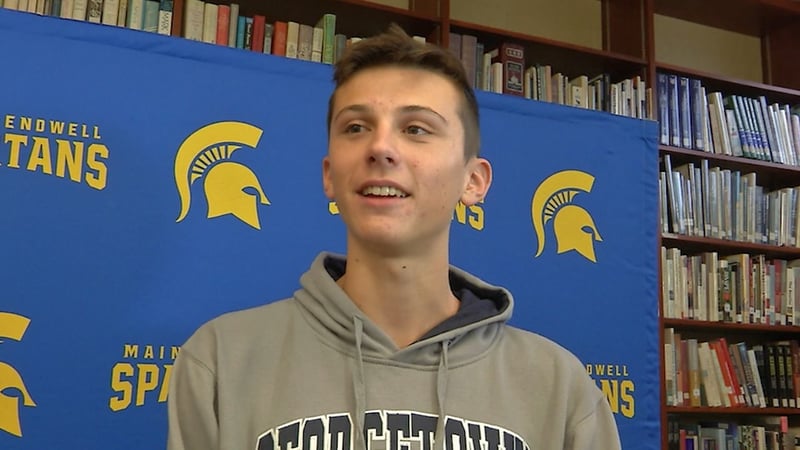 Endwell, N.Y. - Less than a month ago, Maine-Endwell Senior Parker Stokes was signing his National Letter of Intent to run cross country and track at Georgetown University and today, he can add another incredible accomplishment to his lengthy resume. The New York State Sportswriters Association named Parker the NYSSWA runner of the year on Tuesday.

The 2018 National Steeplechase Champion was also named senior runner of the year and a member of the Class B first team. The senior added incredible numbers to his resume this year, the top of that list was being named the Nike Cross National Regional Champion in November. Stokes also beat his PB in the 3200 Meter at the Nike Cross National race in December in Oregon. He also finished in 22nd out of 203 runners in the Men's 5,000 Meters Championship race, finishing with a time of 15:22.9.

Parker Stokes will attend Georgetown University in 2019 and intends to major in Pre Medical Studies.