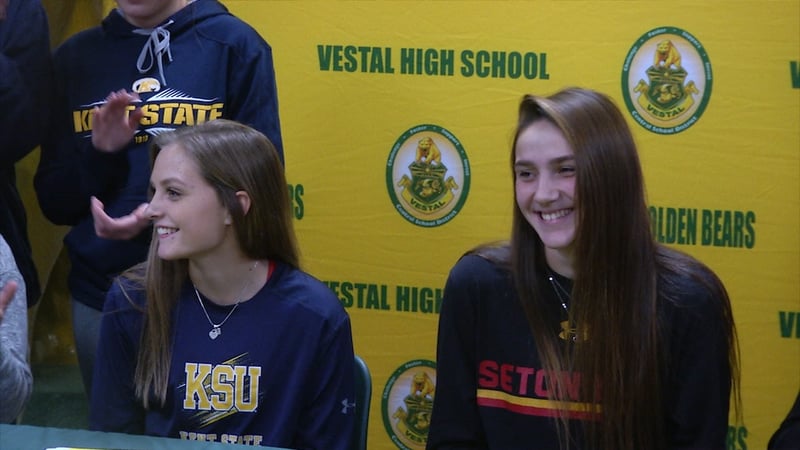 Vestal, N.Y. - Makayla Kintner and Sydney Washburn have been best friends since they were four years old and today, the duo signed signed their National Letters of Intent together.

"It was a given. There was no one else we would want to sign with other than each other" said Makayla.

Makayla will be playing lacrosse at Division II Seton Hill in Greensburg, Pennsylvania.The two time captain was a a Section IV All-Star for three years and All-Division for two years. Makayla was apart of the 2017 U.S. Lacrosse Upstate New York's National team.

"I just know the lacrosse team at Seton Hill wall allow me to be successful and have the good balance between athletics and academics and that's exactly what I wanted" said Makayla.

"The team just loved each other and really enjoyed being their and playing. Same with the coaches, you could just tell, they all were for each other" said Sydney."

Both Makayla and Sydney will attend their colleges in the Fall of 2019.