Sessoms Doing Things No Other Bearcat Freshman Has Ever Done 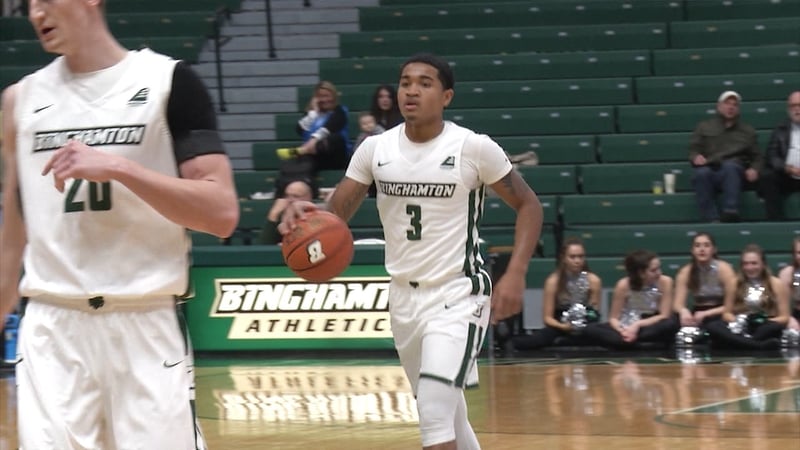 Vestal, N.Y. - Binghamton Men's basketball guard Sam Sessoms has been named America East Rookie of the Week for the third time this season, the conference announced on Monday. Sessoms also was selected as the University's Athlete of the Week.

The freshman guard averaged 21.0 points on 50 percent shooting in two games for the Bearcats. He has scored in double figures all 10 games to start his collegiate career and ranks fourth in the conference in scoring (18.3 ppg.).

No Binghamton freshman has ever captured three weekly rookie honors in his first five weeks.