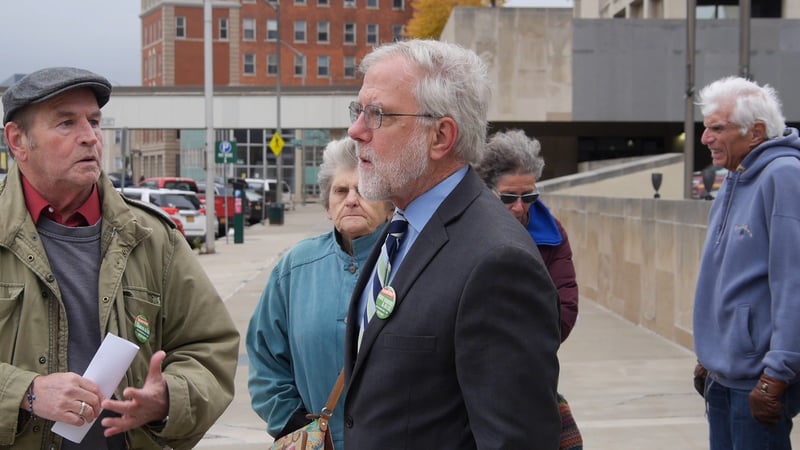 The Green Party candidate for New York State Governor, Howie Hawkins, is called for justice reform. Hawkins held a press conference in Binghamton on Wednesday where he outlined his plan to end discrimination against the poor and people of color. First on that list is to eliminate cash bail, which Hawkins says the wealthy can easily pay, while those with lower incomes have no choice but to stay in jail.

"We've got to abolish cash bail and the judge can keep people if they're a threat to public safety," says Hawkins.

The governor candidate also wants to legalize marijuana in the hopes of lowering incarceration rates in New York State and eliminate unjustified delays in trials.