The "Trump Troubadour" Says "No More," Explains Turn Away From President In New Book 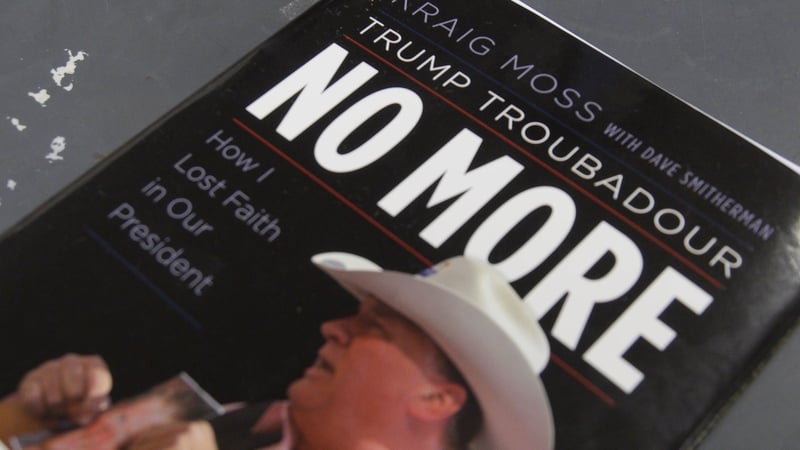 He was once nicknamed the "Trump Troubadour," the title an ode to his guitar playing and singing of original pro-trump songs on the 2016 campaign trail. Now, in a new book, Kraig Moss details why he is no longer all in for the president.

When I pull up to the Apalachin address given to me for our interview, it's a gravel lot with an RV parked on it. The camper door opens and out steps the familiar figure in a cowboy hat.

The Owego native was a staple on the campaign trail for Donald Trump, making national headlines as the "singing cowboy," attending 45 rallies over the span of one year. That life is behind him now. His RV is permanently parked here in Apalachin, having lost his house to foreclosure and sold nearly everything else to, as he puts it, "support my Donald Trump habit."

I'll be entertaining the Trump Supporters waiting in line TODAY, @ The University of Akron OH TRUMP Rally! Come out! pic.twitter.com/0TguWy4jil

"I sold a lot of stuff. Freely, but obviously not wisely," says Moss, seated at the table in his house on wheels.

Moss acknowledges that was not a level-headed decision, but in 2016 the 59 year old was riding the wave, relying on a personal promise from the then candidate Donald Trump.

That exchange happened while Moss was in the front row of a rally in Iowa in January 2016. It was his first rally. And it was almost exactly two years after he had come home to find his son Rob dead from a heroin overdose. 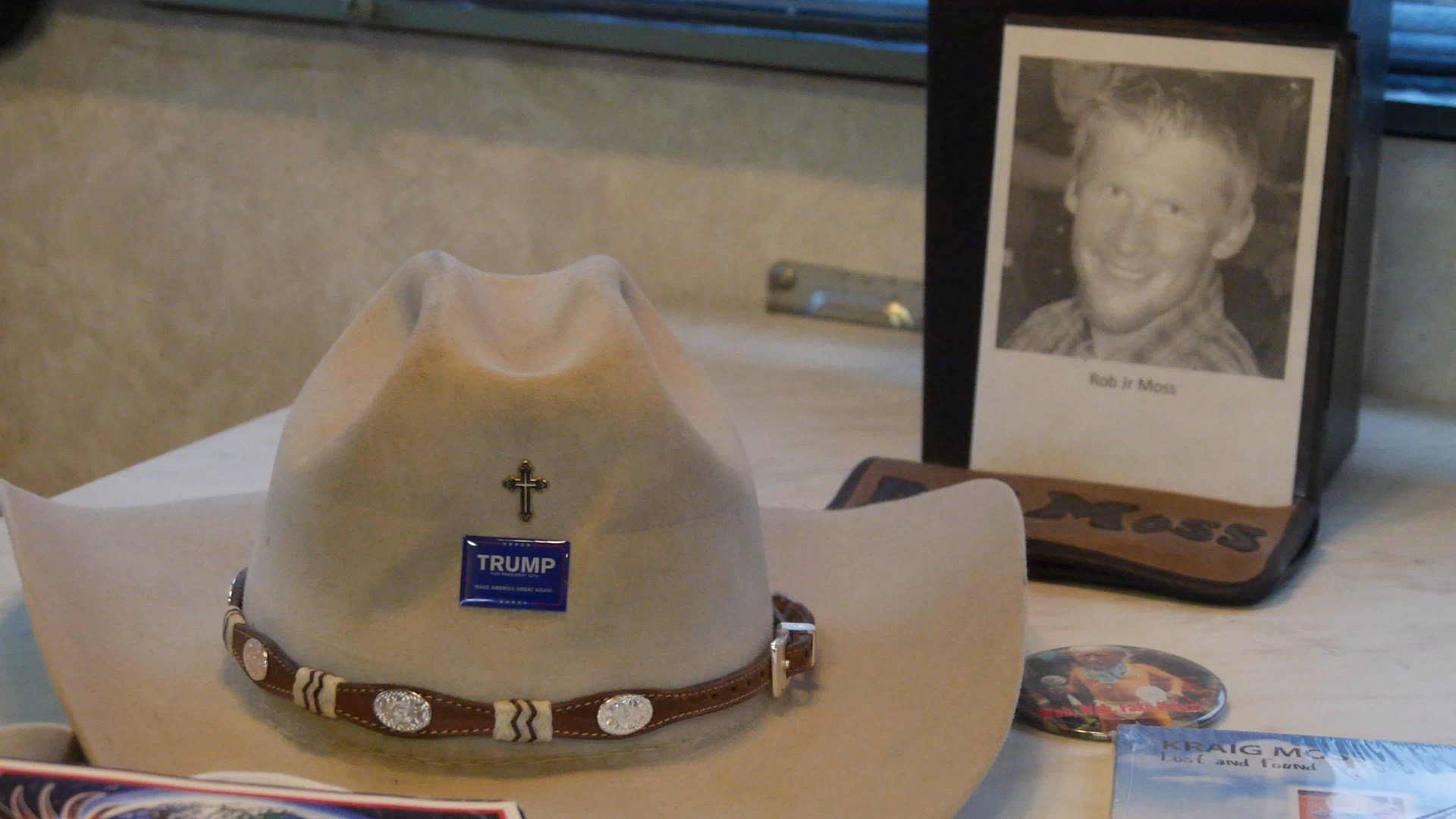 "I remember when they said that 'we've lost him.' And I asked them to do it again because I wanted to make sure," Moss breaks down, walking me through the day that stays branded in his mind.

It was 5:50pm on January 6, 2014. Moss had handed over his construction business to his son, Rob, and gone to work for a gas company. Coming home from his first day on the job, he called out for his son, but there was no answer. That's when he went upstairs and found him unconscious on the bed. Rob Moss was only 24 years old.

Moss says his son was just "so good." He was a people person through and through, always willing to lend a hand or some cash to a friend in need. Moss remembers the winters when Rob was in high school and he would shovel the driveway for the elderly lady who lived alone across the street.

"He never expected payment. I remember the one day he came back with this apple pie the lady had made him and he was beaming like it was worth 100 bucks," says Moss.

What happened? And everything I did with my son in that moment flashed through my mind. 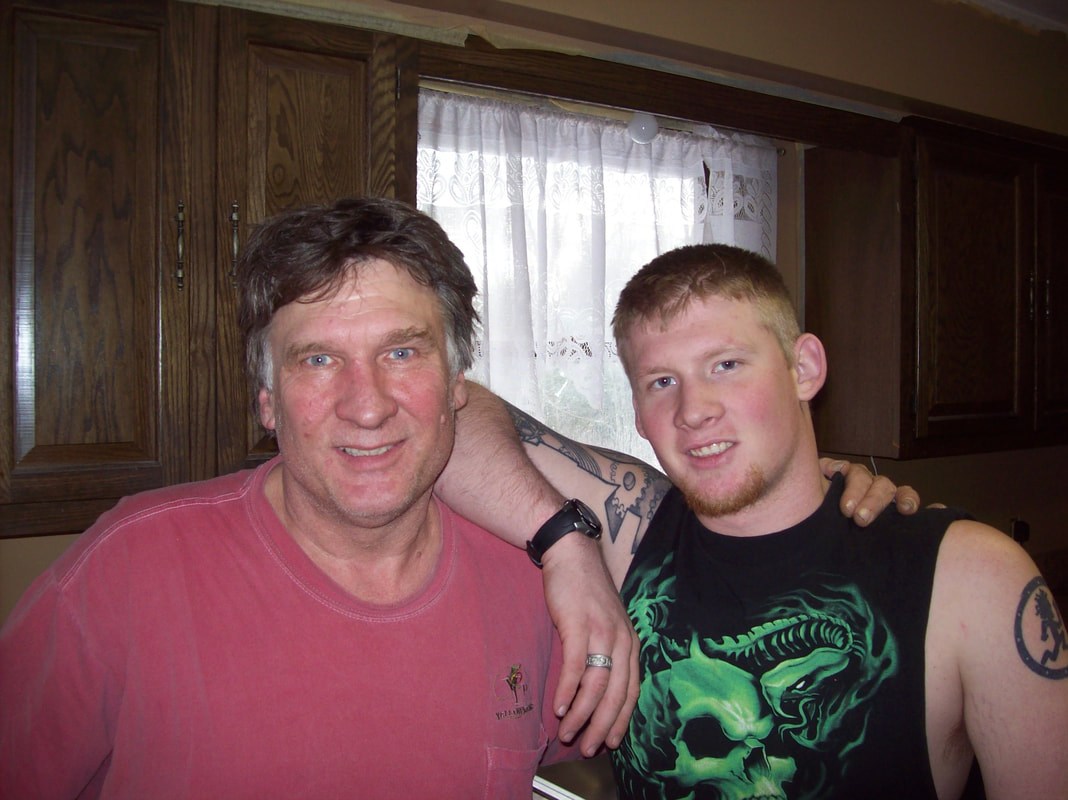 Kraig Moss and his son, Rob.

So, when Trump made that promise, ("He said we're going to fight this opioid crisis like you wouldn't believe. In big ways, believe me.") Moss made it his life's purpose to get him elected and stop others from falling to the same addiction.

In 2017, when Trump pushed for the American Healthcare Act, Moss says he felt "betrayed." The bill, which didn't get passed, would eliminate a mandate that Medicaid cover mental health and addiction treatment services, leaving it up to the states to decide what would be covered.

"When I heard that... I just couldn't believe it. He was closing rehab centers," says Moss.

Moss still wears his signature cowboy hat, but noticeably without the campaign buttons on it. He still sings and plays, but not for Trump. Now, Moss plays benefit concerts, raising funds for addiction awareness and education programs in his son's name.

As for the future? Moss is working on settling his debts. After that, he hopes to get back his construction business. No more politics, no more campaigning. Moss just wants to get away from it all.

"I'm trying to develop this 55 acres in the back here across the creek, and kind of like to just set myself up with a little place so I can get away," says Moss.

His book, Trump Troubadour No More: How I Lost Faith In Our President is officially released on October 20th.