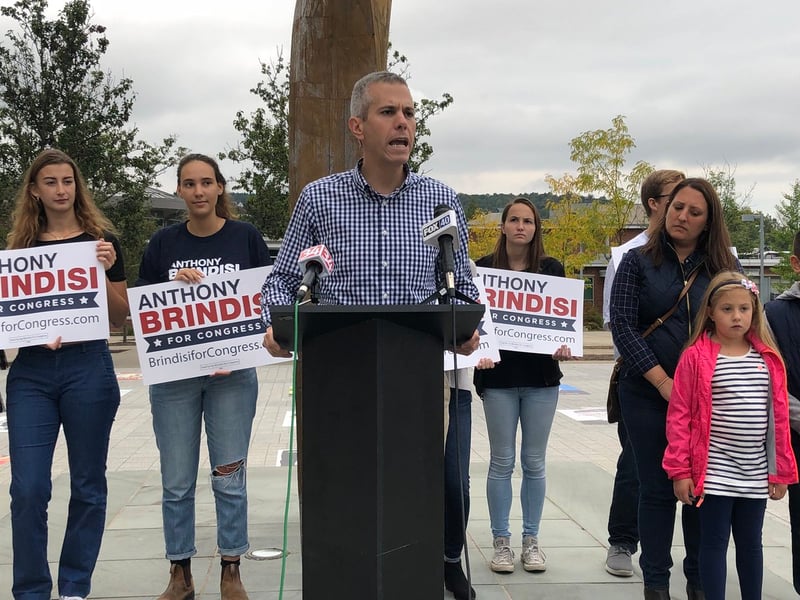 Anthony Brindisi, a Democratic Congress candidate, made a stop at Binghamton University to talk to students about getting out to vote.

Generation Vote, a student-led organization pushing for civic engagement for the younger generation, invited Brindisi to their rally Monday afternoon.

Brindisi spoke on the importance of the upcoming election, how students can get involved with his campaign and issues that affect the younger voters.

"Elected officials gotta show up on college campuses and talk to younger voters," Brindisi said. "Let them know that you're listening to their concerns. Have a back-and-forth conversation on what issues are most important to them. Whether its environment, whether its money and politics, whether it's our healthcare. There are a lot of issues young people are concerned with, but if we're not showing up and listening to begin with, then we're not giving them a reason to want to go out and vote."

Brindisi also talked about what impacts students most -- growing student loan debt. Brindisi said it takes on average 21 years for someone to pay back their debt.

An issue he told students he would work to fix if elected.

"What Congress should be doing is acting by lowering the interest rates for people who have student loan debt," Brindisi said. "They also have to look at what's happening with some of the roll back of regulations by this education secretary who is raising the fees that lenders are allowed to charge for student loan debt."

In an interview, Brindisi also expressed his thoughts on Judge Brett Kavanaugh and the FBI Investigation.

Kavanaugh has been accused  by Christine Blasey Ford of sexually assaulting her when they were teens.

Brindisi said she's a credible witness and this investigation isn't something that should be rushed.

"I say lets put the brakes on here," Brindisi said. "I say lets slow down let the investigation play out. This is a lifetime appointment to the highest court in the land and you want to make sure that we're elevating people that are fair and impartial."