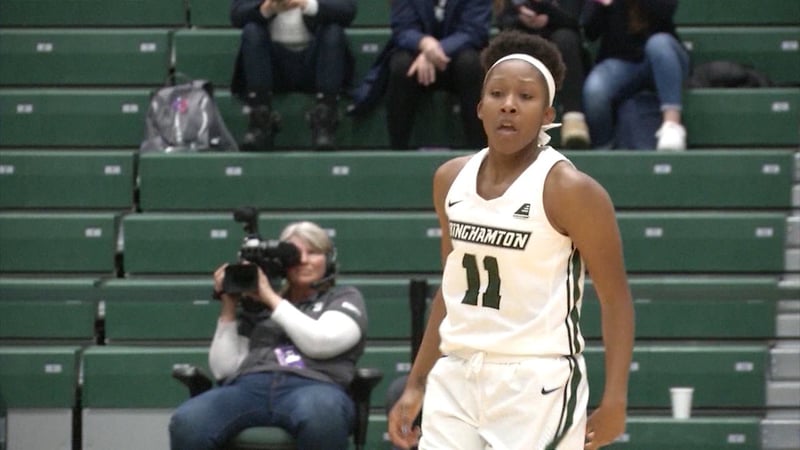 "The atmosphere at Binghamton was so much different than what I was used to. So, I think now I'm able to understand and process how to go into different environments and make it work" said Imani.

Watkins left the basketball court at BU as arguably the best Women's basketball player the program has ever seen and her numbers certainly say so. The guard put up historic and record breaking numbers throughout her four-year career. Aside from being the program's all-time leading scorer, her 2,125 career points also ranks ninth all time in America East Conference history.  She was a three-time America East all-star and was the conference's Player of the Year as a senior. However, those accomplishments don't even hit the surface of what she accomplished in a Bearcats jersey.

In addition, Watkins was a two-time ECAC All-Star. After earning second-team honors as a junior, she was elevated to the first team this past spring.

"We started from the bottom there [Binghamton University] and really worked our way up. It's kind of the same opportunity I have now. You're going into something new, but the work ethic is still the same and you have to understand that" Imani said.

"With the hard work you put in, success is the outcome. Same mindset, same ideas. New team, same game."

With her college career in the rear view mirror, the former Bearcat guard is thrilled to be doing what she does at a professional level.

"Traveling the world and being able to do something I love is what I'm looking forward to the most." said Imani.

"You take away the school part of it and get to enjoy traveling, but, also understanding that you're getting paid to do something that you love to do."