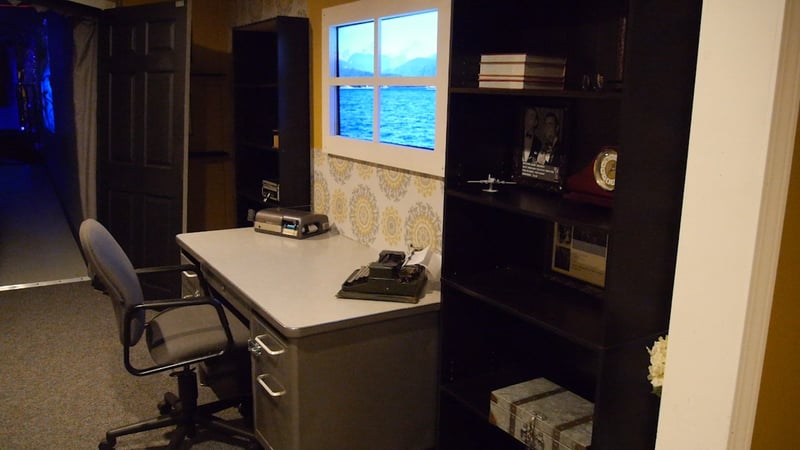 Rod Serling's hometown is now also home to the only sanctioned Twilight Zone escape room in the country. The room took 10 months to build and is located at XScapes on Frederick Street.

"You remember the introduction of the Twilight Zone when Rod's up there and he says 'It's a dimension of sight, a dimension of sound, and  dimension of mind,'" says co-creator of the room Bill Bartlow, "Well, that gave us our first clue."

That opening phrase sets up the premise for the adventure game. Players start out in Rod Serling's Cayuga Lake cottage where there are a series of puzzles to be solved in order to open up the door into the writer's mind. That door leads to the room of "sight." From there you also experience rooms centered around both "sound" and "mind."

"Basically inside his head... of what was going on inside Rod's head as he was creating these things," says co-creator of the room Todd Fedyshyn.

The puzzles along the way are challenging. Fedyshyn says they wanted something that isn't just about finding a key to get out, but really using your mind.

"We're going to make you think outside the box," says Fedyshyn.

The Rod Serling Experience escape room is officially open in Binghamton! I got to take a look inside... and let me tell you, that tunnel into the 5th Dimension is pretty dizzying... I can't wait to go back and work my way through the puzzles! pic.twitter.com/HHSTBq0izd

The theme is something the team at XScapes has been wanting to take on ever since they started building the escape rooms. They were deterred by all the licensing issues, but, after letters from both the Rod Serling Foundation and Rod's daughter Anne Serling, CBS handed over the rights to be used for a year as part of the 2018 Rod Serling Festival.

After that year is up, Bartlow says the room will still be here. They may have to take "The Twilight Zone" out of the name, but, just like the famed writer, the Rod Serling Experience will always call Binghamton home.

This is the third escape room built by XScapes. Admission benefits the Southern Tier Independence Center. Time slots for the rooms can be reserved on the XScapes website.