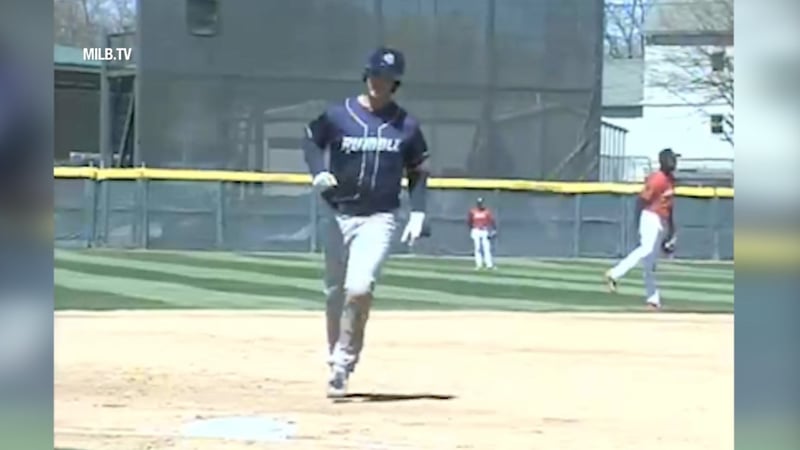 The Binghamton Rumble Ponies fought back for an extra-inning win against over the Erie SeaWolves, 6-4, at UPMC Parkon Sunday afternoon. Binghamton scored the game’s first three runs and last three runs to earn their second sweep of the season. They’ve won a season-best four straight games with half of their weeklong road trip remaining.

Trailing 4-3 in the bottom of the eighth inning, Binghamton prevented Erie from plating an insurance run despite Josh Lester’s leadoff triple. Lester’s three-bagger knocked David Roseboom from the game; he was replaced by Josh Torres. Torres whiffed Kenny Wilson and Jake Rogers, before getting Troy Montgomery to fly out.

Needing one run to tie the game, the Rumble Ponies got a boost from Nick Sergakis. In his third game of the season, the third baseman led off the ninth inning with a double off the left field wall. Tyler Moore then stroked John Schreiber’s offer up the middle, tying the game 4-4.

Torres (2-0) worked a 1-2-3 bottom of the ninth inning against Erie’s 1-2-3 hitters, forcing extra innings for the first time this season

With Jeff McNeil starting the tenth inning on second base, Peter Alonso began the frame with a single, his third hit of the day. That put runners on the corners for Matt Oberste, whose grounder was collected by Kody Eaves, but the third baseman had no play. Binghamton grabbed a 5-4 lead, their first advantage since the seventh inning. The Ponies would scratch across another extra-inning tally on a Nick Sergakis fielder’s choice, scoring Alonso from third.

Tyler Bashlor pitched a scoreless tenth to earn his team-leading fourth save of the 2018 campaign.

Alonso helped the Ponies to an early 3-0 lead, launching his league-leading seventh home run of the season. He’s hit one home run in each of the last four games.

Joseph Shaw twirled five scoreless innings before running into some trouble in the sixth inning. After giving up an RBI double to Josh Lester, Shaw was replaced by Austin McGeorge, who allowed Shaw’s inherited runner to score. Shaw finished 5-2/3 innings, coughed up two runs with three strikeouts, and issued just one walk.

SeaWolves starter Tyler Alexander, meanwhile, was charged with three runs over six innings just one week after shutting out the Rumble Ponies over five frames at NYSEG Stadium.

Binghamton (11-9) continues its weeklong homestand on Monday night in Akron. RHP Andrew Church tosses for the Ponies against RubberDucks RHP Michael Peoples with a first pitch scheduled for 6:35 PM at Canal Park. The Horizons Federal Credit Union pregame show starts at 6:20 PM and can be heard on NewsRadio 1290 WNBF and the Binghamton Rumble Ponies channel on TuneIn.