Bearcats Concludes Their Season With A Loss

Bearcats Concludes Their Season With A Loss 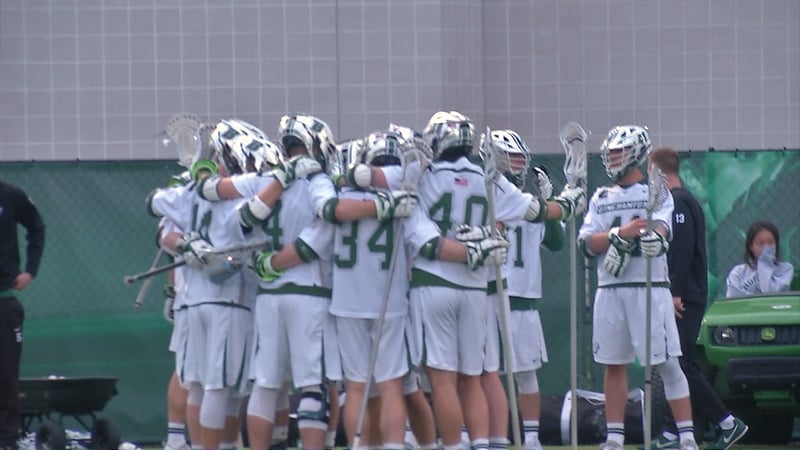 "I don't think we played as well as we could have tonight," said head coach Kevin McKeown. "It's tough for our seniors to end it this way on our home field. Credit to Stony Brook, I think they played a better game. They're big and athletic and I think they did a great job picking up ground balls. I think if we had the ball some more, we would have had more opportunities, but I think the better team won tonight."

Stony Brook got on the board first, scoring five minutes in to the first period. Thomas McAndrew answered for the Bearcats, scoring his first of the day at 9:40. The Seawolves scored two more times to end the period with a 3-1 advantage over the Bearcats.

The Seawolves netted three goals to start the second period and increase their lead to 6-1. Joe Grossi found the back of the net on a pass from William Talbott-Shere with 6:42 left in the half. Stony Brook then scored three-straight before Stephen Petrelli needed a goal for the Bearcats to close out the half with Stony Brook leading 9-4.

Grossi scored first for Binghamton in the third period to cut the Stony Brook lead to 10-4. The Seawolves and Bearcats went back and forth for six straight goals - McAndrew scored twice and Jon Perotto scored on a pass from Sean Gilroy. Stony Brook ended the third with a 12-7 lead.

In the fourth, Stony Brook again scored three straight goals and increased their lead to 15-7. Petrelli and Grossi scored for Binghamton to close out the game with Stony Brook leading 15-9.

The Bearcats finish the season with a 4-11 record and 1-5 record in the America East.